The Fed chair acknowledged that the economy “may well be” in a recession. 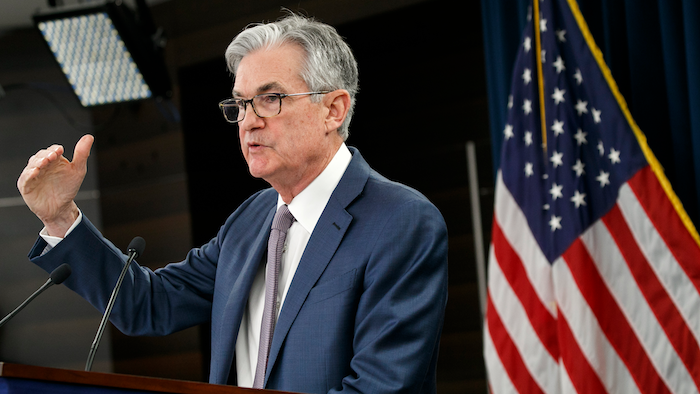 WASHINGTON (AP) — Jerome Powell says the Federal Reserve would provide essentially unlimited lending to support the economy as long as it is damaged by the viral outbreak.

In an interview Thursday morning on NBC's “Today” show, the Fed chair said the bank's efforts are focused on helping the economy recover quickly once the threat from the virus has passed.

Powell also acknowledged that the economy “may well be” in a recession, but said that this is a unique downturn in that it was caused by efforts to control the disease. The economy itself was strong before the outbreak began, he said.

“If we get the virus spread under control fairly quickly, then economic activity can resume, and we want to make that rebound as vigorous as possible,” Powell said.

The Fed has taken numerous steps this month to bolster lending and the economy. It has cut its benchmark interest rate to nearly zero, embarked on an unlimited bond-buying program to pump cash into the financial system, and set up several emergency programs intended to ensure that banks can keep lending to companies and city and state governments.

Powell said the Fed's ability to lend is somewhat constrained by the amount of capital provide by the Treasury to offset any credit losses. He said the Fed can lend $10 for every $1 of cash that the Treasury provides.

The economic rescue bill approved by the Senate early Thursday includes $425 billion that the Treasury could use to backstop the Fed. That would allow the Fed to boost its lending programs to an astronomical $4.25 trillion.

“Wherever ... credit is not flowing, we have the ability in these unique circumstances to temporarily step in and provide those loans and we will keep doing that, aggressively and forthrightly," Powell said.

When asked if the Fed would run out of ammunition to support the economy, Powell said no.

“When it comes to this lending, we're not going to run out of ammunition. That doesn't happen," he said.

Still, the Fed chair said the economy's path is largely dependent on the length and severity of the viral outbreak. The Fed's policies will likely have their greatest impact when the economy does start to rebound, which he said could happen in the second half.

“When the economy begins to rebound, then we'll be there to make sure that rebound is as strong as possible," Powell said.