Officials opted against a planned line passing over the canal. 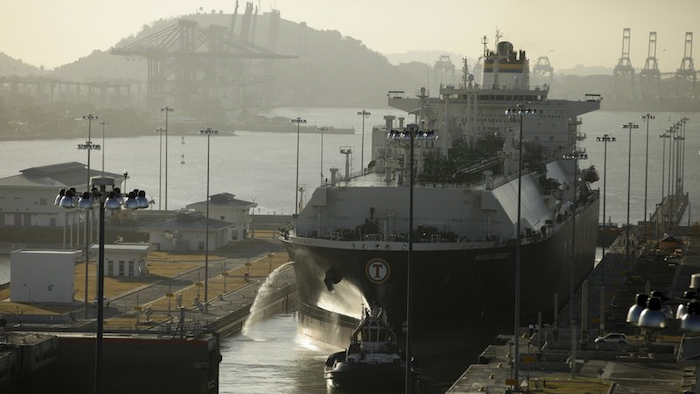 A ship guided through the Cocoli locks of the expanded Panama Canal, Jan. 19, 2017.
AP Photo/Arnulfo Franco

PANAMA CITY (AP) — A new metro line for Panama City will run through a tunnel bored beneath the interoceanic canal to reach western suburbs, rather than passing over the canal alongside a planned new bridge as was originally anticipated as part of a broader $4 billion infrastructure project, authorities said Thursday.

Agustín Arias, director of special projects for the capital's subway system, said officials opted for a single tunnel option, divided in half and 42 feet (13 meters) in diameter. It will be the first such tunnel underneath the canal.

Work on the new Line 3 of the metro is expected to begin in the coming weeks pending approval from the General Comptroller’s Office.

Metro general director Héctor Ortega said the viability of the tunnel had been under study for more than three months.

Public Works Minister Rafael Sabonge said the decision to separate the projects — Line 3 and the fourth bridge traversing the canal — was made primarily to avoid delays to the subway expansion, something that is eagerly awaited by residents west of Panama City.

Officials also considered technical factors such as compatibility between the bridge and the metro, and possible harm to third parties.

“It is a done deal that the projects are going to be separated,” Sabonge said.

The bridge is under contract to a Chinese consortium and the metro line to a South Korean company.

The subway expansion is estimated to cost about $2.5 billion, financed through a Japanese loan.