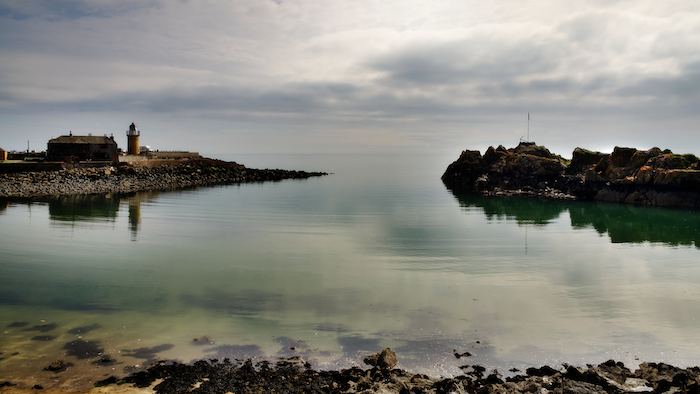 The harbor in Portpatrick, Scotland.
iStock

LONDON (AP) — The British government said Monday it is seriously studying the feasibility of a bridge between Scotland and Northern Ireland, an audacious idea that has been floated by Prime Minister Boris Johnson.

Johnson’s spokesman, James Slack, said the proposal was being taken seriously and “a range of officials” were studying it.

“There is a proper piece of work being undertaken into this idea,” he said. "The PM is ambitious in terms of infrastructure projects."

Johnson has promised to build major new infrastructure to better connect parts of the U.K. in the wake of Britain's divisive exit from the European Union. He also has vowed to boost regions outside the economically dominant southeast of England.

He has mentioned the bridge idea several times, and claimed it would “only cost about 15 billion pounds” ($20 billion).

But engineers say spanning the deep and stormy Irish Sea would be difficult. The distance is 12 miles (19 kilometers) at its narrowest; one of the most likely routes for a bridge, between Larne in Northern Ireland and Portpatrick in Scotland, is about 28 miles (45 kilometers).

The water is up to 1,000 feet (300 meters) deep and the sea bed holds thousands of unexploded bombs dumped by Britain’s defense ministry after World War II.

Johnson has a mixed track record with big projects. As mayor of London between 2008 and 2016 he touted a “Boris Island” airport in the River Thames estuary and a lush “garden bridge” in the middle of the city. Neither was ever built.

Ian Firth, a fellow at the Institution of Civil Engineers, said building a Scotland-Northern Ireland bridge had “a huge number of technical challenges” but was probably achievable.

“At the end of the day it's about money,” he said. “Anything is possible if you throw enough money at it.”