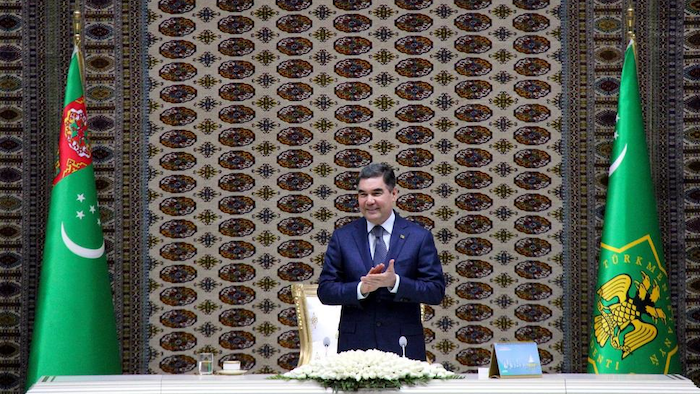 President Gurbanguly Berdymukhamedov said in a decree the money would go towards paying for “foreign-made equipment and materials needed for construction," Turkmenistan's state-run media reported Tuesday.

The city, which doesn't have a name yet, is supposed to become an administrative center of the Ahal province — a region governed by the president's only son, Serdar Berdymukhamedov.

The move comes amid a domestic economic crisis in the gas-rich ex-Soviet Central Asian state and on the heels of several significant budget cuts. In 2018, Berdymukhamedov slashed state subsidies that allowed the country's residents to use gas, electricity and water for free. Last year, he ordered that funding of Turkmenistan's Academy of Science be stopped.

Berdymukhamedov has ruled the country since 2006 through an all-encompassing cult of personality that styles him as Turkmenistan’s “arkadaq,"or protector.

Under his rule, state-run media have been depicting Turkmenistan as a prosperous welfare state, but in recent years the nation reportedly has been struggling with low incomes and scarce food supplies.