Engineer Digs Out of $100k in Student Loans

She works two jobs to save for retirement and pay extra on her debts. 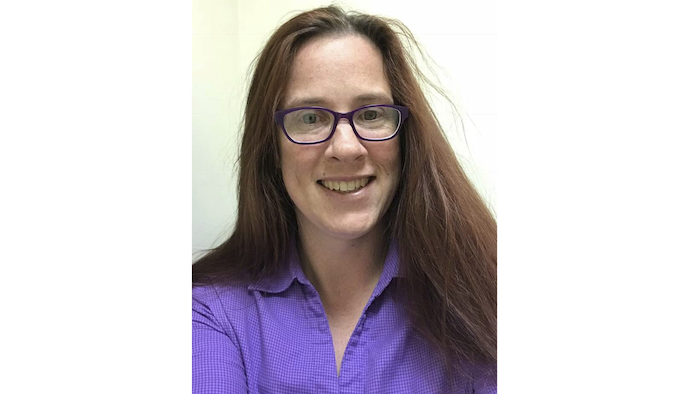 Shannon Beranek is a civil engineer paying down around $93,000 in student loans from her bachelor’s and master’s degrees plus about $5,000 on her red 2015 Hyundai Elantra.
Nerdwallet via AP

Shannon Beranek craved an iced coffee after toiling all morning in 94-degree heat.

But the civil engineer owes almost six figures in college loans, so she parked outside a Dunkin' Donuts and watched the clock until the 99-cent drink special kicked in.

This is life for Beranek, who is paying down around $93,000 in student loans from her bachelor's and master's degrees, plus about $5,000 on her red 2015 Hyundai Elantra. On top of working two jobs and various side hustles, she makes daily decisions that help her save for retirement and pay extra on her debts.

Her goal? To throw as much money as possible at the college and car loans.

She's made retirement a priority, saving $200 a month from her civil engineering job in a Roth IRA and 25 percent of the earnings from her second job, as a data analyst, in a 401(k). She also has $5,500 in an emergency fund.

Beranek, who lives in Champaign, Illinois, with her longtime partner, Jason, and their 17-year-old beagle, Tater, chronicled her spending during a recent typical week.

Here are her entries, plus tips for others who are digging out of debt.

DIARY ENTRIES HAVE BEEN EDITED FOR CLARITY AND LENGTH.

Today kicked off the University of Illinois football season. We've been season ticket holders for over a decade now. It's a bit of a splurge in the spring — approximately $450 for four tickets — but it's one of our main sources of entertainment spending.

We went out with friends later to Jarling's Custard Cup, a longstanding local place. It was a little over $10, but that was the only money I spent all day so it didn't bother me. I'm still amazed at how fast my bank texts me that I've used my debit card. I have text alerts both for security and to keep myself accountable — like a real-time checkbook ledger pinging me.

Today was also "rent check" day, when Jason gives me his half of all the bills. He also paid me for his final part of our new washing machine.

We went to the outlet mall. I had a $5 coupon for one of the discount clothes stores, so I used that on two shirts I needed for work.

We also went to the grocery store. If it's not on sale, we don't typically buy it. We buy sale meat in bulk — $5 for ugly pork chops, $10 for more than six pounds of chicken — and vegetables on sale. We had a coupon for five free Cesar wet dog food trays and saved about $5.

I checked my ChangEd app and I've saved $300 toward my student loans. Each debit card transaction I make gets rounded to the next dollar. (The rounded amounts get added to her ChangEd account.) Once it hits $100, they send a check to my student loan provider.

TIP: To pay off student loans faster, instruct your student loan servicer to apply extra payments to the loan balance instead of the next month's payment.

I'm using this holiday to get a full eight hours in of my second job. I'm dreaming about getting a callback for the City of Urbana transportation engineer job that I applied to. Prospects seem really good. That would be an extra $15,000 a year, plus super amazing benefits.

I just got a Rover.com dog-sitting booking that will bring in about $100. We use the money we make from Rover to pay for our dog's health issues. He's 17, so he's got old man problems.

Work was kind of terrible today and it's making me want this new job even more. I think about what debt I'd pay off if I get it. I think I'd do my car loan first, then take that monthly payment and add it to what I already pay on my student loan.

Still waiting to hear back about the city engineer job.

It's been a long day at work. I had to resist the urge to stop somewhere for lunch when I had perfectly good leftovers in the fridge. I did resist, so that's $7-$10 I didn't spend.

I think I'll need to invest in a new pair of steel toe boots. I've walked eight miles this week in the boots and they're just not feeling good anymore.

Dinner was more leftovers so no food spending there either. That's three meals at home today.

TIP: As a budgeting rule of thumb, use the 50/30/20 method: Spend 50 percent of your income on necessities, 30 percent on wants and 20 percent on savings and debt payoff.

I'm super anxious to hear back about my new possible job. They've checked a ton of references so I want to believe this isn't something they do just for fun.

I realized I only had some pork chops and tomatoes in the fridge so I ended up getting Chinese takeout for lunch. There's a local place I like that does it on the cheap, so it was only $7.43.

"Editor's epilogue: Shannon was offered the new job — another engineering role that pays more and has better benefits — a week after her final debt diary entry, and will start in October. She plans to continue working her second job until she pays off all her debt, which she estimates will take about five years on her new salary."

This article was provided to The Associated Press by the personal finance website NerdWallet. Teddy Nykiel is a writer at NerdWallet. Email: teddy@nerdwallet.com Twitter: @teddynykiel