The sensors are more strain tolerant and more adaptable to movement. 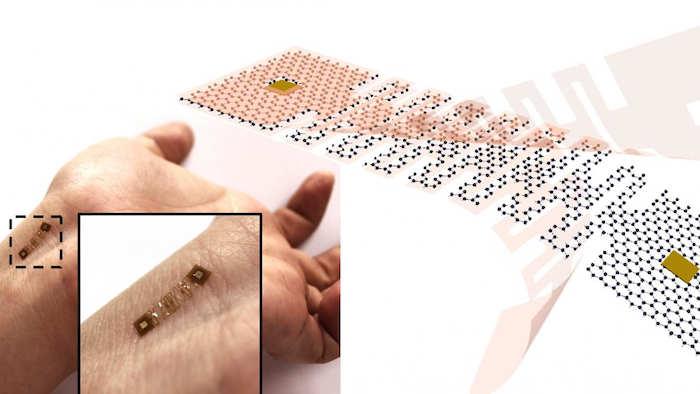 Using kirigami to cut and fold graphene allows wearable sensors to better conform with the natural movement of the body.
University of Illinois at Urbana-Champaign Department of Mechanical Science and Engineering.

As wearable sensors become more prevalent, the need for a material resistant to damage from the stress and strains of the human body's natural movement becomes ever more crucial.

To that end, researchers at the University of Illinois at Urbana-Champaign have developed a method of adopting kirigami architectures to help materials become more strain tolerant and more adaptable to movement.

"To achieve the best sensing results, you don't want your movement to generate additional signal outputs," Nam noted. "We use kirigami cuts to provide stretchability beyond a material's normal deformability. This particular design is very effective at decoupling the motion artifacts from the desired signals."

To achieve those results, the research team was able to perform a number of simulations by collaborating with Narayana Aluru, professor of Mechanical Science and Engineering, and by developing online software on a nanomanufacturing node, the first of its kind to be developed. The online software platform permits researchers to perform simulations before creating the actual devices or platforms.

Once the team came up with a design that worked well in simulation, it was time to put it to the test. Graphene seemed promising as a material because it could withstand significant deformation and breaking when compared to metals and other conventional materials. Because graphene is an atomically thin material, the research team was able to encapsulate the graphene layer between two polyimide layers (the same material used to protect foldable smartphones). Once the "sandwich" was created, they next engineered kirigami cuts to enhance the stretchability of the material.

"Because graphene is sensitive to external changes, yet also a flexible semimetal conductor, people are very interested in creating sensors from it," Nam said. "This sensitivity is well suited for detecting what is around you, such as glucose or ion levels in sweat."

The team found that adopting a kirigami architecture made the graphene not only stretchable, but also strain-insensitive and free from motion artifacts, meaning that even as it was deformed, there was no change in electrical state. Specifically, they found that the graphene electrodes exhibited strain-insensitivity up to 240 percent uniaxial strain, or 720 degrees of twisting.

They published the results of their study in Materials Today.

"What's interesting about kirigami is that when you stretch it, you create an out of plane tilting," Nam said. "That is how the structure can take such large deformations."

In their design, the researchers put the active sensing element on an "island" between two "bridges" made from kirigami graphene. While the graphene did not lose any electrical signal despite the bending and tilting, it still took the load from the stretching and straining, enabling the active sensing element to remain connected to the surface. As such, kirigami has the unique ability to redistribute stress concentrations, thereby achieving enhanced directional mechanical attributes.

While the research team successfully proved the basic method, they are already working on improvement in version 2.0 with the possibility of eventually commercializing the technology.

The team also had positive results using polydimethylsiloxane (PDMS) as the sandwich layers and believe that, in addition to graphene, the design could also extend to other atomically-thin materials such as transition metal dichalcogenides. 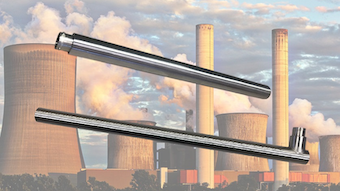