In June 2021, the U.S. Army selected Oshkosh Defense and partners Pratt Miller Defense and Rafael Advanced Defense Systems to integrate the 30 mm MCWS onto the Stryker ICVVA1. The five-year requirements contract (with one option year) includes production and logistics support of the MCWS for up to six Stryker Brigade Combat Teams (SBCTs). 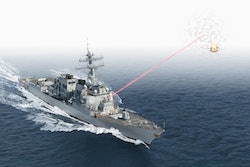