He accepted nearly $68,000 in dinners, hotels, parties and prostitutes from a defense contractor. 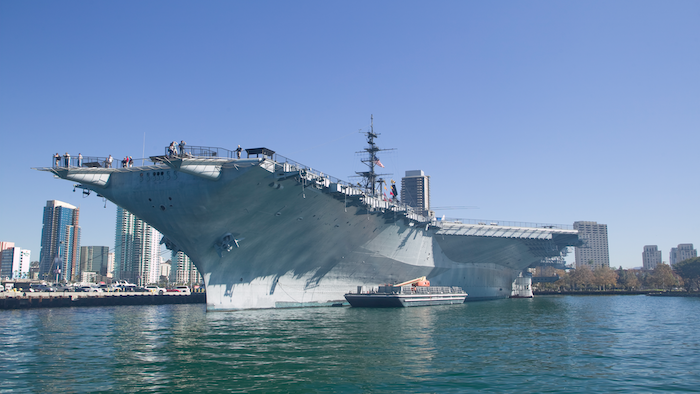 Donald Hornbeck, who entered the plea in San Diego federal court, acknowledged that while directing operations of combat ships in the 7th Fleet in the Western Pacific, he benefited Leonard Francis by steering ships to ports for service by the contractor's Singapore-based company. Hornbeck also acknowledged that he shared confidential Navy information with Francis, according to a statement from the U.S. attorney's office.

Hornbeck is one of 34 Navy officials and defense contractors, including Francis, accused of a fraud and bribery scheme that among other things provided Glenn Defense Marine Asia with classified ship schedules, allowing them to beat competitors and overcharge for services.

The scheme cost the Navy some $35 million.

“While scores of Navy officials were partying with Leonard Francis, a massive breach of national security was in full swing,” U.S. Attorney Randy Grossman said in a statement. “Today another participant has admitted that he lost his way, allowing greed to replace honor and duty as the driving force in his life."

Hornbeck, 61, of Greenfield, Indiana, is scheduled to be sentenced in September. He could face up to 15 years in prison and a $250,000 fine.