Finland agreed to buy 64 jets in its military's largest-ever purchase. 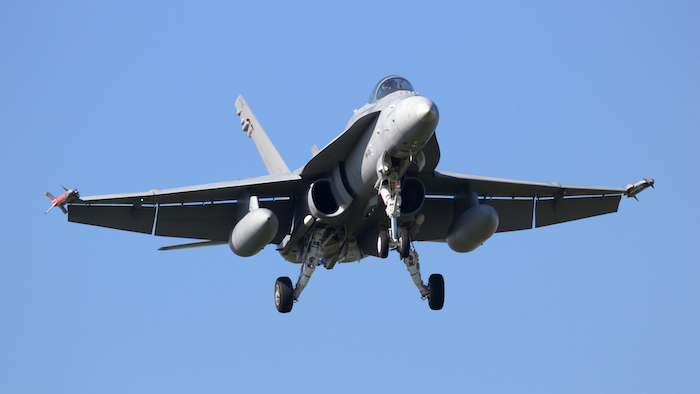 A Finnish Air Force F-18 Hornet during an exercise in the Netherlands, April 2016.
iStock

The Finnish air force has a fleet of more than 60 F-18 Hornets that were acquired from McDonnell Douglas in the early 1990s. It started looking for a successor aircraft in 2014.

The Defense Ministry said Friday that the price tag for the deal with Lockheed Martin includes training and other equipment.

European Union member Finland, which is part of the European Union, is a militarily non-aligned nation but closely cooperates with NATO in a way similar to neighboring Sweden.

Finland, which shares a 1,340-kilometer (832-mile) border with Russia, has increased its bilateral defense and military cooperation with both Sweden and the United States in the past few years.