At issue is a $150,000 donation in support of a Maine senator who backed the company's bid for a Navy contract. 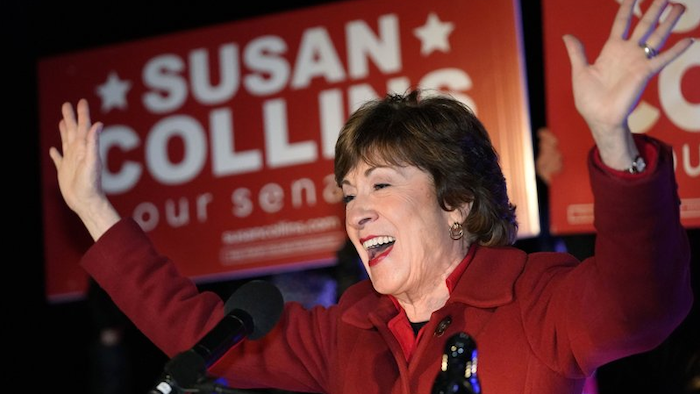 HONOLULU (AP) — U.S authorities are investigating allegations that a Hawaii-based defense contractor illegally donated $150,000 to the reelection fund of a Maine senator who advocated for an $8 million Navy contract with the company, according to court documents unsealed this week.

A U.S. judge approved an FBI warrant application to search a hard-drive containing images of an iPhone belonging to Martin Kao, former CEO of Navatek, now known as Martin Defense Group, based in Hawaii with offices in Maine, Washington, D.C., and other states.

The warrant was also for an iPhone belonging to the company's former chief financial officer. The news of the probe was first reported by the Axios website.

The phones were seized during a separate investigation that led to an indictment accusing Kao of defrauding banks of more than $12.8 million meant to assist businesses affected by the coronavirus pandemic. He has pleaded not guilty in that case. His defense attorney didn't immediately return a phone message seeking comment on the new allegations Wednesday.

Navatek, which as a federal contractor was prohibited from making political campaign contributions, set up another business that was used to conceal the donation to a political action committee supporting the re-election of Republican U.S. Sen. Susan Collins, according to an FBI affidavit filed with the warrant application.

In December 2019, Navatek's Hawaii-based accountant wrote a check for $150,000 from the company's corporate account to the Society of Young Women Scientists and Engineers LLC, which had been opened a month earlier with Kao's wife as the registered agent, the affidavit said. The newly formed organization then donated $150,000 to the Super PAC.

“The Collins for Senator Campaign had absolutely no knowledge of anything alleged in the warrant,” said Annie Clark, spokeswoman for Collins.

Between June and September 2019, Kao, his relatives and relatives of other former company officials gave money to Collins' campaign, which Kao then reimbursed using Navatek money, the affidavit said.

In August 2019, Collins announced Navatek received a Department of Defense contract worth $8 million for advanced hull planning research, the affidavit said, noting that a news release on the senator's website quoted her as saying that as "a senior member of the Defense Appropriations Subcommittee, I strongly advocated for the funding that made this research possible and am so proud of the work Navatek and other Maine industries do to support our Navy and our nation’s defense.”

Kao stepped down as CEO in November, said Jennifer Oliver, a spokeswoman for Martin Defense Group. “The Company is fully cooperating with the government investigation,” she said in a statement.