They say their communities have been plagued by cancer, birth defects and stillbirths. 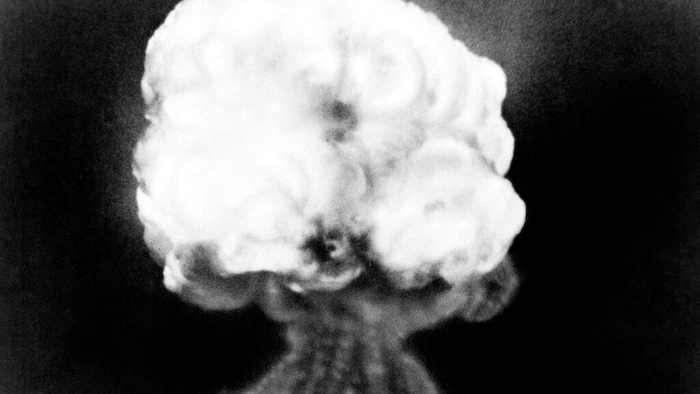 ALBUQUERQUE, N.M. (AP) — The president of the Navajo Nation, New Mexico residents who live downwind from the site of the world’s first atomic blast and others renewed their push Wednesday for recognition and compensation from the U.S. government following uranium mining and nuclear testing carried out during the Cold War.

A congressional subcommittee was holding a hearing on who should be eligible under the Radiation Exposure Compensation Act. Navajo President Jonathan Nez, the co-founder of the Tularosa Basin Downwinders Consortium, a nuclear weapons consultant and an official from Mohave County, Arizona, were expected to testify.

Groups and residents have been urging lawmakers to expand the compensation program for years, and advocates say the latest push takes on added weight because the act is set to expire next year.

Communities downwind from the first atomic test in the New Mexico desert on July 16, 1945, want compensation for health effects they say have spanned generations due to fallout from the blast, dubbed the Trinity Test. They say their communities have been plagued by cancer, birth defects and stillbirths.

Advocates also point to health problems among the Native Americans who worked in uranium mines that supplied materials for the nation's weapons program.

A multibillion-dollar defense spending package approved last year included an apology to New Mexico, Nevada, Utah and other states affected by radiation from nuclear testing over the decades, but no action was taken on legislation that sought to change and broaden the compensation program.

U.S. Sen. Ben Ray Luján, who sponsored the spending package when he was a member of the House, organized a meeting last summer with lawmakers, former miners, survivor groups from New Mexico, Idaho and Guam and others.

“If you listen to the stories of downwinders, it’s clear that the Trinity Test unleashed a lifetime of illness and suffering for many New Mexico families,” Luján after the meeting.

The compensation program covers workers who became sick as a result of the radiation hazards of their jobs and those who lived downwind of the Nevada Test Site, where the federal government conducted several hundred nuclear explosive tests over four decades. Excluded are residents near the Trinity Site in New Mexico, others who were downwind in Nevada, veterans who cleaned up radioactive waste in the Marshall Islands and others.

The National Cancer Institute last fall issued a series of scientific papers on radiation doses and cancer risks resulting from the Trinity Test. Researchers said some people probably got cancer from the radioactive fallout that wafted across New Mexico after the bomb was detonated but the exact number is unknown.

People who were downwind of the blast in New Mexico were disappointed in the studies, saying researchers failed to do any new sampling but rather made “guesstimates” about the risks based on a review of existing scientific literature and an old fallout map. They argued that modern computer modeling may have helped provide a more accurate picture of how radioactive particles were disbursed given New Mexico’s turbulent summer weather patterns.