Huntington-Ingalls Gets $936M Contract for Destroyer

A Mississippi shipyard will build another destroyer equipped to launch guided missiles. 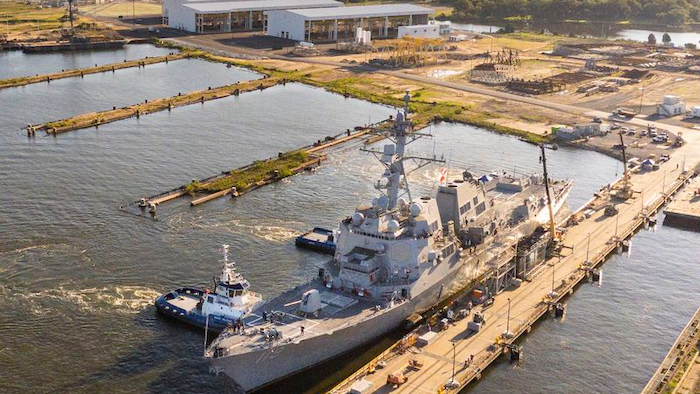 PASCAGOULA, Miss. (AP) — A Mississippi shipyard has a $936 million Navy contract modification to build another destroyer equipped to launch guided missiles. This comes in addition to a $5.1 billion contract signed in 2018 for Ingalls Shipbuilding in Pascagoula to build six Arleigh Burke-class destroyers.

The contract and Monday's modification are for Flight III of the design, which the Navy says incorporates an air and missile defense radar system much better than those in previous models.

The shipyard is a division of Huntington-Ingalls Industries Inc., based in Newport News, Virginia.

Ingalls has delivered 32 destroyers to the Navy — the most recent in April — and has four more under construction, according to a company news release.