Crews have been scrambling to make repairs ahead of potential renewed flooding in the spring. 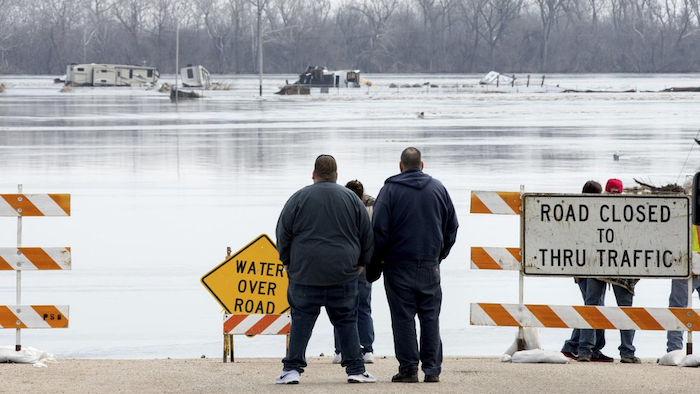 The break just southwest of Rock Port was one of several along the levee section that saw thousands of acres of mostly farmland submerged and a section of Interstate 29 and other roads in Missouri, Iowa, Nebraska and Kansas damaged and closed to traffic for weeks.

Crews will continue finalizing repairs to restore the levee section to its pre-flood height, the Corps said. Crews have been scrambling to make repairs ahead of spring and the possibility of renewed flooding along the river.

The National Weather Service has said Nebraska, Iowa, Kansas and Missouri and eastern North Dakota and South Dakota face an above-average flood risk this spring. The flood risk is close to normal in Montana and the western half of the Dakotas.

There are more than 500 miles of levees on the Missouri, Platte and Elkhorn rivers, and tributaries that experienced significant flood damage since March 2019.

The facility will monitor potential threats posed by space junk to satellites or people on the ground.
Sep 22nd, 2020
Follow Us
Most Recent