Capco LLC supplied the Army with M320 grenade launchers even though company officials knew the launchers’ barrels did not meet specifications. 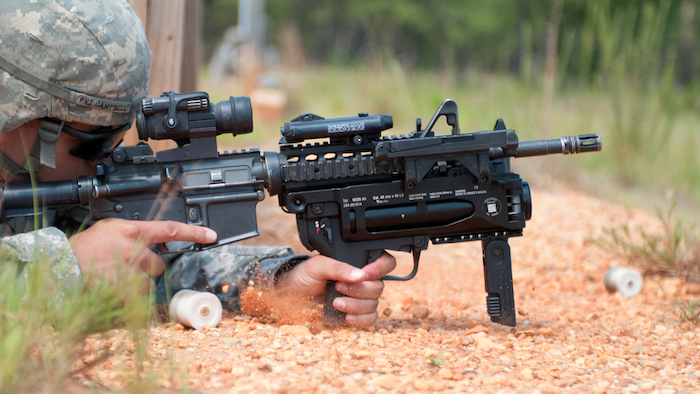 A U.S. Army paratrooper fires a training round from an M320 grenade launcher at a range in Fort Bragg, N.C., July 1, 2009.
U.S. Department of Defense

DENVER (AP) — A Colorado weapons manufacturer has agreed to a $1 million settlement for allegedly shipping subpar grenade launchers to the U.S. Army, the Department of Justice announced Tuesday.

Capco LLC supplied the Army with M320 grenade launchers between July 2016 and March 2018 even though company officials knew the launchers’ barrels did not meet specifications, U.S. Attorney Jason Dunn said. The company also knew that two shipments included launchers with firing pins made of the wrong type of steel but did not tell the Army after conducting an internal investigation, prosecutors said.

“We entrust our defense contractors to manufacture equipment of the highest quality for the men and women who serve our country in the U.S. Armed Forces,” Dunn said.

Capco did not admit any liability in the settlement and said in a statement Tuesday it has no reason to believe its products were unsafe or ineffective.

“As a company, this chapter has made us smarter and stronger,” Capco CEO Cordell Bennigson said. He added that the company has improved its quality and compliance systems.

The government was alerted to concerns about Capco’s production process by James Cole, who was a quality engineer at the company. He told the company’s vice president of operations and a manager about the faulty parts in April 2017 but was ignored, The Denver Post reported.

Cole said Capco retaliated by laying him off five months later, according to a lawsuit filed under the False Claims Act in November 2017. He will receive about $235,000 of the $1,025,429 settlement.

Capco’s statement did not mention Cole. Capco is based in the western Colorado city of Grand Junction.