The state hopes to force the government to remove weapons-grade plutonium it secretly shipped to a site near Las Vegas. 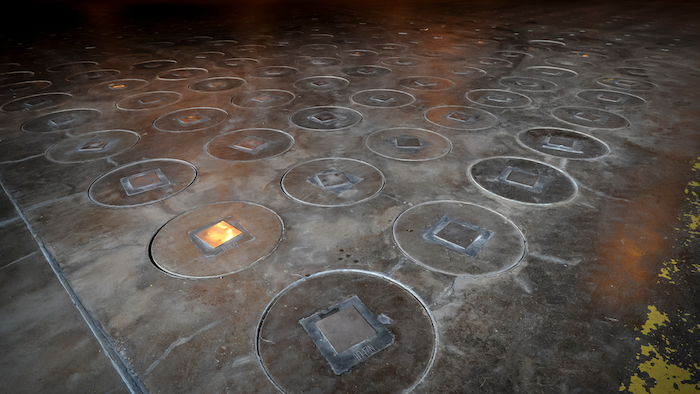 RENO, Nev. (AP) — Lawyers for Nevada and the U.S. Energy Department are accusing each other of contradicting their own past arguments as the state seeks to restart a legal challenge to force the government to remove weapons-grade plutonium it secretly shipped last year to a site near Las Vegas.

A federal judge in Reno refused earlier this year to issue a temporary injunction banning shipments of the radioactive material to Nevada after the government disclosed in January it already had trucked one-half metric ton of plutonium there.

The 9th U.S. Circuit Court of Appeals refused to overturn that decision in August, agreeing the matter was moot because the plutonium was already there. The San Francisco-based court declined to consider a new request to force removal of the material because Nevada's original lawsuit didn't seek such relief.

Nevada has filed a new motion in Reno for permission to amend the lawsuit filed last November to include the removal request. U.S. Magistrate Carla Baldwin agreed last week to allow the state to resume gathering evidence while that motion is pending.

Both sides said in a series of briefs filed the past three weeks that the other is making arguments that defy claims they've made before.

Nevada has argued from the start that the government failed to complete the necessary environmental reviews before approving the shipment.

But "now that the plutonium has safely been transported to the state," the Energy Department said, Nevada is scrambling to "salvage its case" by abandoning earlier claims that additional analysis is required before transporting it.

"With no success in convincing this court that DOE's transportation of plutonium into the state is so dangerous that it must be enjoined, Nevada now takes the opposite position — that not moving the plutonium is so dangerous that the court must order that it be transported out of the state," department lawyers said. "This attempt to speak out of both sides of its mouth should be rejected by the court."

Nevada says it's the government that's trying to have it both ways.

"DOE asserts that, because it successfully misled Nevada about the plutonium's location before the lawsuit, Nevada's earlier focus on enjoining transportation precludes the state from seeking the plutonium's removal now that the state has finally learned the truth," they said. "Precluding Nevada from amending its complaint to request removal would perversely motivate DOE to continue its deceit and covertly dump nuclear material in Nevada before examining environmental consequences."

The state said the original request for an injunction targeted transportation safety because they had been "intentionally kept in the dark" about the planned shipment.

"At the time, it would have been illogical to request removal of something that presumably had not arrived," it said. "DOE now asks the court to reward its deception. Nevada should not be forced to surrender to one of two evils because DOE snuck the plutonium into the state."

Nevada's case relies partly on past department arguments in South Carolina that it was impossible to prepare a full-blown environmental impact statement quickly enough to comply with another court order to get it out of that state by Jan. 1, 2020.

But when a judge ordered removal of the material anyway, the department completed a less-detailed supplemental analysis in August 2018 that concluded such an analysis wasn't necessary because it intended to ship the material in its current weapons-grade form instead of diluting it into waste.