General Dynamics hopes to accelerate its use of 3D printing with a new contract awarded to GE Additive. 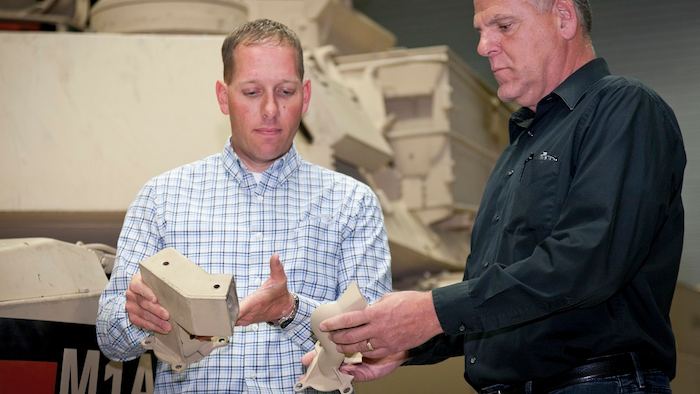 A 3D-printed titanium cable guard that will be printed at GE Additive’s facility in Pittsburgh.
General Electric

Officials noted that General Dynamics and GE already developed what will be the first 3D-printed production part on a U.S. ground combat vehicle: a titanium cable guard that saves 85 percent of the weight of the current 18-piece welded steel component.

“We’re honored to be working with General Dynamics at this important inflection point in its additive strategy,” GE Additive AddWorks General Manager Chris Schuppe said in the announcement.