Researchers studied how patients with an extra finger or toe used the additional appendage — with an eye toward using robotic devices to augment natural abilities.

A team of researchers believes that the birth defect that leads to extra fingers and toes could provide a blueprint for a way to control robotic limbs.

The condition is known as polydactyly, and it impacts one in every 500 babies.

The extra digits are typically removed after birth, but the researchers found a few patients who kept their sixth finger, and are studying how their brains adapted to the extra workload.

The idea is to add robotic limbs and fingers to expand our natural abilities, like having a surgeon that controls a third (and robotic) arm.

The international team, made up of researchers from the University of Freiburg in Germany, Imperial College London, and the Université de Lausanne and EPFL in Switzerland, not only provided information for possible advancements in robotics, but also made a case for people to keep their extra limbs, as long as they’re well-formed and functional.

The researchers asked the subjects to perform various tasks, such as tying shoelaces, typing on their phones and playing video games, while they monitored brain activity on an fMRI machine. They observed a set of control subjects with five fingers performing the same tasks.

The researchers found that the extra fingers had their own tendons, muscles and nerves, as well as an extra corresponding region in the brain. The subjects also performed many of the tasks better than their five-fingered counterparts.

The work, which was published in Nature Communications, is early, but controlling an extra robotic limb as well as a polydactyl person is unlikely — after all, they’ve been working with it since they were born.

But, with this new research, it’s not impossible. 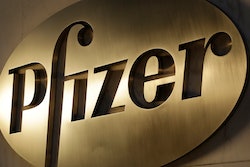