The job cuts amount to about 5% of the company's global workforce and are expected to save it 300 million euros annually.

THE HAGUE, Netherlands (AP) — Dutch healthcare technology giant Philips is scrapping 4,000 staff worldwide amid the fallout from a recall of sleep apnea machines and economic headwinds, the company announced Monday as it unveiled a 1.3 billion euro ($1.28 billion) third-quarter net loss.

The job cuts amount to about 5% of the company's global workforce and are expected to save it 300 million euros annually, Philips said.

New CEO Roy Jakobs, who took the reins earlier this month, acknowledged that “we face multiple challenges and our Q3 2022 performance reflects this." He called the job cuts “difficult, but necessary.”

Last year, the company announced a recall of sleep apnea machines saying that foam used in the devices could be a health risk. Philips has sold millions such machines worldwide and said it is taking a 1.3-billion euro hit in the third quarter for “the impairment of goodwill” of the subsidiary that makes them.

Looking ahead, Philips said that it sees “prolonged operational and supply challenges, a worsening macro-economic environment and continued uncertainty related to COVID-19 measures in China, which will be partly offset by Philips’ productivity and pricing actions.”

The company said it expects “mid-single-digit comparable sales decline” in the last three months of the year.

Sales for the third quarter reached 4.3 billion euros, up from 4.1 billion in last year's third quarter, but the company said that comparable sales — a measure that strips out the effects of currency movements and acquisitions and divestments — declined by 5% mainly due to “supply chain challenges, the COVID situation in China and the Russia-Ukraine war.” 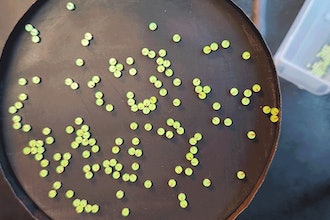 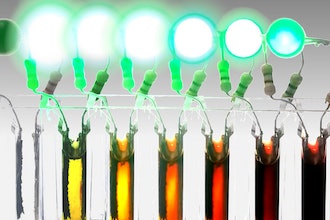