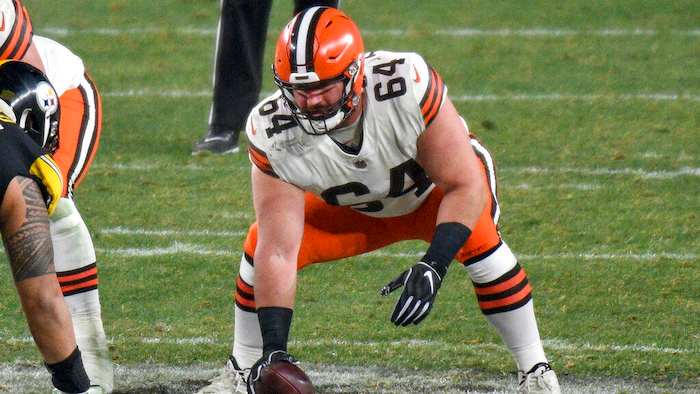 VICIS has the top three performing helmets in the NFL/NFLPA's seventh annual study, with a position-specific helmet tested for the first time and ranking second overall.

The VICIS ZERO2-R TRENCH, designed specifically for linemen, came in behind only the VICIS2-R MATRIX in the survey conducted by engineers who assessed in measured laboratory testing the performance of all helmets worn by NFL players in reducing head impact severity. The results released Tuesday are displayed on a poster shared with NFL players and team medical, training, coaching and equipment staffs.

Biomechanical engineers appointed by the NFL and NFLPA ranked 41 helmet models, including three new models never tested before by the league. All three new helmet models made the top 10 — suggesting continued significant improvements in helmet design.

“Players have more and better choices than ever before. Continued improvement in helmet design has raised the bar for top performing helmet models,” said Jeff Miller, the NFL's executive vice president who oversees player health and safety. “The introduction of the first position-specific helmet is a promising development within the helmet industry to further customize helmets for the unique safety requirements of each position.

"The NFL and NFLPA have long supported critical innovation in helmet design through our research and innovation challenges and by providing necessary data to manufacturers, and we’re excited for that effort to yield tangible results.”

It's expected that the 18% of NFL players who used those downgraded helmets will switch to those in the green category before the season begins.

Eleven approved helmets worn by less than 1% of NFL players for the past two seasons have been moved to a list of legacy helmets and are still permissible.

The future for helmet development likely will target position-specific equipment.

“Our modular ZERO2 helmet allows us to uniquely adjust the target velocity and impact type by location," said Jason Neubauer, VICIS vice president of product development. " As we learn more about position specific impacts we will continue to evolve the system.”

Engineers already have a test methodology for quarterbacks' helmets. Because those helmets have the coach-to-player communications systems, development of QB-specific helmets must come in conjunction with updates in communications technology.

As for other positions, it's possible that data compiled for some of them can be used for others, such as wide receivers and cornerbacks.

“What we have really seen is the culture of changing helmets had really evolved,” said Dr. Kristy Arbogast, NFLPA engineering consultant and co-scientific director and director of engineering at the Children’s Hospital of Philadelphia. “I think the information delivered via the poster, the partnership between the NFLPA and the league and the teams’ equipment managers have really demonstrated players are willing to change when given information on the reason why to change.”

Through its NFL Helmet Challenge, the league and the players' union offer a multi-million-dollar innovation challenge to manufacturers. The idea is to spur the development of a football helmet that outperforms, based on laboratory testing, all helmet models currently worn by NFL players. Helmet Challenge submissions are due in July, and a $1 million prize will be awarded for a winning helmet which improves by more than 15% the performance score achieved by current top-performing helmets.

The poster also includes a warning that testing is “intended to represent NFL impacts and thus, the conclusions on helmet performance cannot be applied to collegiate, high school, or youth football.”

The tests were done by an independent lab in Canada.