He attempted to obstruct an investigation into the relationship between his former employer and OxyContin-maker Purdue Pharma. 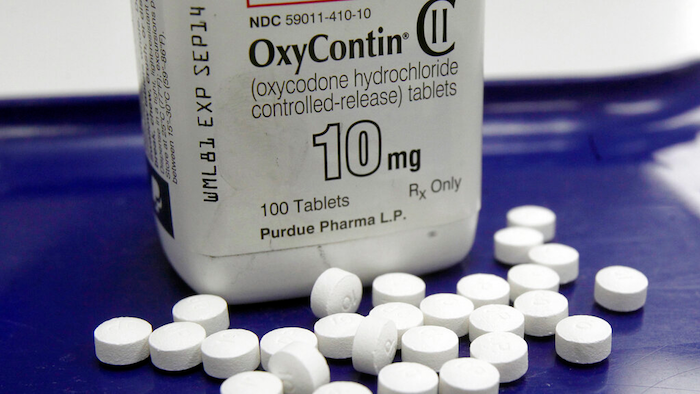 BURLINGTON, Vt. (AP) — A Pennsylvania man pleaded guilty in federal court in Vermont on Monday to attempting to obstruct a federal investigation into the relationship between his former employer and OxyContin-maker Purdue Pharma, federal prosecutors said.

As director of national accounts for Practice Fusion, a San Francisco-based health information technology company, in 2015 and 2016, Steven Mack, of Bridgeville, Pennsylvania, was the point of contact between the company and Purdue Pharma regarding investigations, the U.S. attorney's office for Vermont said.

“Steve Mack criminally interfered with our investigations into the significant criminal conduct of both Purdue Pharma and Practice Fusion,” said Acting U.S. Attorney Jonathan Ophardt in a statement. “This Office will hold individuals responsible for their roles in corporate malfeasance, and we will not tolerate efforts by anyone to subvert our investigations.”

Mack, 46, admitted deleting hundreds of computer files from his laptop computer related to the investigation, prosecutors said. As part of the plea deal, which still must be accepted by the judge, he faces a maximum of 18 months in prison and a $75,000 fine. Mack has agreed to cooperate with ongoing investigations and to provide information about all criminal activities known to him, the U.S. attorney’s office said.

Mack's lawyer, Stephen Huggard, of Boston, said he was unable to comment.

Federal prosecutors in Vermont had been investigating crimes between Practice Fusion and Purdue Pharma, and the investigation that Mack's actions obstructed was based in the state, a court official said.

Former Vermont U.S. Attorney Christina Nolan announced last year that Practice Fusion would pay $145 million to resolve criminal and civil charges that it helped to set up an electronic health records system that encouraged physicians to prescribe opioids to patients who might not need them. She said the company took kickbacks from a major opioid company in exchange for using its software to influence physicians to prescribe opioid pain medication. She did not name the pharmaceutical company at the time.

Practice Fusion has since been acquired by the electronic health records company Allscripts. Allscripts Vice President Brian Farley said at the time that the conduct predated his company’s acquisition of Practice Fusion.

When asked, Purdue Pharma said in an email that it did not have a comment.

Purdue Pharma pleaded guilty in November 2020 to three criminal charges, formally taking responsibility for its part in an opioid epidemic that has contributed to hundreds of thousands of deaths.