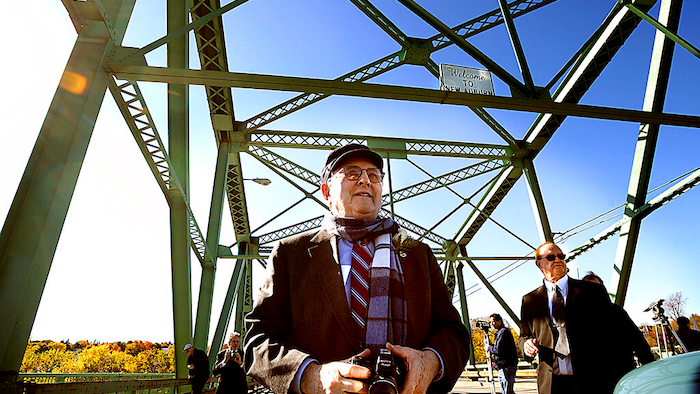 BOSTON (AP) — Dr. Bernard Lown, a Massachusetts cardiologist who invented the first reliable heart defibrillator and later co-founded an anti-nuclear war group that was awarded a Nobel Peace Prize, died Tuesday. He was 99.

The Boston Globe reported the Lithuania-born doctor's health had been declining from congestive heart failure. He died in his Boston-area home.

Lown, who was a professor at Harvard University and a physician at Brigham and Women’s Hospital in Boston, had helped advance cardiac treatment.

He'd been among the first doctors to emphasize the importance of diet and exercise in treating heart disease and introduced the drug Lidocaine as a treatment for arrhythmia, the Globe reports. In 1962, Lown invented the direct-current defibrillator, or cardioverter, which uses electric shocks to get hearts to resume beating.

He was also an outspoken social activist, founding Physicians for Social Responsibility in 1960 and later co-founding International Physicians for the Prevention of Nuclear War in the 1980s, the newspaper reports.

The international anti-war group called for a moratorium on testing and building nuclear weapons. It was awarded the 1985 Nobel Peace Prize for raising awareness about the consequences of nuclear war during the height of Cold War tensions between the U.S. and the Soviet Union. At its peak, the group had more than 200,000 members and chapters in more than 60 countries.

“To me, you cannot be committed to health without being engaged in social struggle for health,” Lown told the Globe in 2001.

Lown was born in Utena, Lithuania, in 1921 and moved in 1935 with his father, a rabbi, to Lewiston, Maine, where a bridge now bears his name. He graduated from the University of Maine and received his medical degree from Johns Hopkins University in Maryland.

The Globe reports Lown will be buried privately but the family, which includes his three children and a number of grandchildren, will announce a public memorial service later.