Public health officials are concerned some mutations are making the virus harder to combat. 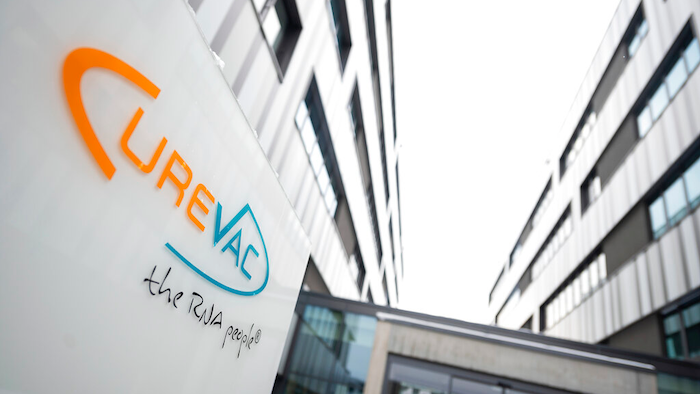 LONDON (AP) — Drugmaker GlaxoSmithKline said Wednesday it will work with a German biopharmaceutical company to develop new vaccines targeting emerging variants of COVID-19 amid concerns that some mutations are making the virus harder to combat.

GSK plans to invest 150 million euros ($181 million) to support the research of the Tubingen, Germany-based CureVac, which is developing vaccines that use messenger RNA to attack the disease. GSK also said it will help make up to 100 million doses of the company’s existing COVID-19 vaccine candidate this year.

“The increase in emerging variants with the potential to reduce the efficacy of first generation COVID-19 vaccines requires acceleration of efforts to develop vaccines against new variants to keep one step ahead of the pandemic,’’ the companies said in a statement.

The announcement comes as public health officials around the world raise concerns about new virus variants that are more contagious or resistant to existing vaccines. While viruses mutate constantly, most of the changes cause little concern. But scientists are closely tracking these mutations to make sure they quickly identify variants of concern.

Authorities in England this week are conducting house to-house coronavirus testing in targeted communities in a bid to snuff out a new variant before it spreads widely and undermines a nationwide vaccination program.

British authorities want to test about 80,000 people in eight areas where the variant, first identified in South Africa, is believed to be spreading after a handful of cases were found in people who had no contact with the country or anyone who traveled there.

Public health officials are concerned about the variant first identified in South Africa because it contains a mutation of the virus’ characteristic spike protein targeted by existing vaccines. The mutation may mean the vaccines offer less protection against the variant.

“We believe that next generation vaccines will be crucial in the continued fight against COVID-19,’’ GSK Chief Executive Emma Walmsley said in the statement. “This new collaboration builds on our existing relationship with CureVac and means that together, we will combine our scientific expertise in mRNA and vaccine development to advance and accelerate the development of new COVID-19 vaccine candidates.’’

In its full-year earnings published Wednesday, GSK said it expects further disruption for its vaccine business during the first half of the year given governments' prioritization of COVID-19 vaccination programs and the resurgence in late 2020 of the pandemic.

It said this is expected to affect adult and adolescent immunizations, including Shingrix against shingles, notably in the U.S. Despite this, it expects a rebound in the second half of the year and that vaccine revenues in 2021 will be flat or grow slightly.