Gilead Buying Immunomedics in $21B Deal

Gilead Sciences is seeking to broaden its cancer treatments portfolio. 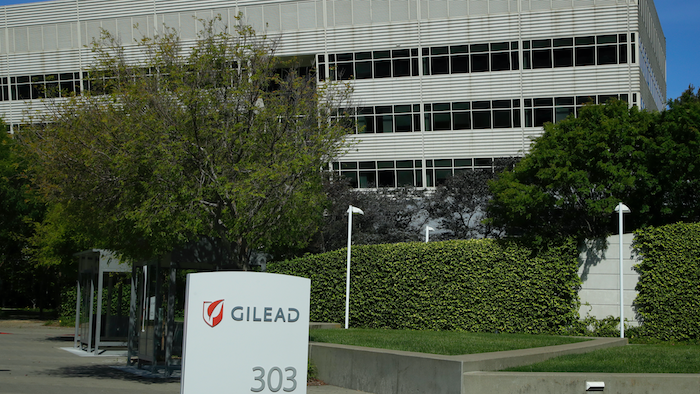 NEW YORK (AP) — Shares of the cancer drug specialist Immunomedics more than doubled before the market opened Monday, a day after its sale to Gilead Sciences for $21 billion was announced.

Gilead said on Sunday that it will pay $88 per share in cash as it seeks to broaden its cancer treatments portfolio. Immunomedics' drug Trodelvy was granted accelerated approval by the U.S. Food and Drug Administration in April for the treatment of adult patients with metastatic triple-negative breast cancer who have received at least two prior therapies for metastatic disease. The drug is also being studied for bladder cancer, lung cancer and other solid tumor types.

The deal is expected to close in the fourth quarter.

Shares of Immunomedics, based in New Jersey, jumped to $87.14 in premarket trading, while share of California's Gilead declined slightly.