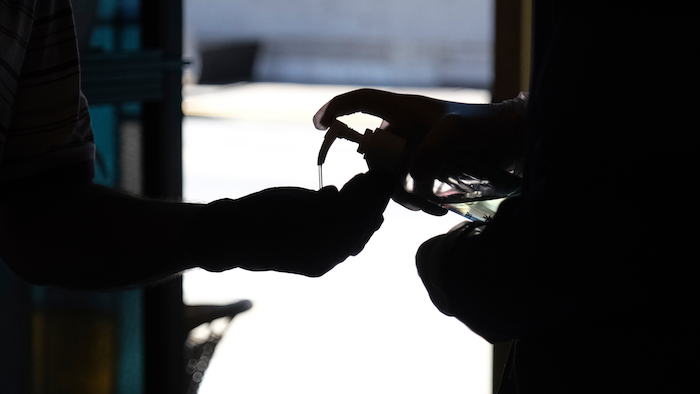 Hand sanitizer is squirted into a worshiper's hands as they enter for a Sunday Mass at a church in Paterson, N.J., June 14, 2020.
AP Photo/Seth Wenig, File

NEW YORK (AP) — Alcohol-based hand sanitizers can help stop the coronavirus from spreading, but drinking the products turned out to be deadly for four people in two states.

Health officials reported this week that 15 adults were poisoned in Arizona and New Mexico in May and June after drinking hand sanitizer. Besides the four who died, three had ongoing vision problems, the Centers for Disease Control and Prevention said.

All had consumed sanitizers containing methanol, or wood alcohol. The active ingredient that kills germs in legitimate sanitizers is ethyl alcohol, which is consumable. But some companies have been replacing it with poisonous methanol, which is used in antifreeze.

The U.S. Food and Drug Administration issued a warning in June about Mexican-made hand sanitizer gel that it said contained large amounts of methanol. Since then, the FDA has expanded the list. The FDA has identified dozens of hand sanitizers that contain methanol and have been recalled in the U.S. by manufacturers and distributors.