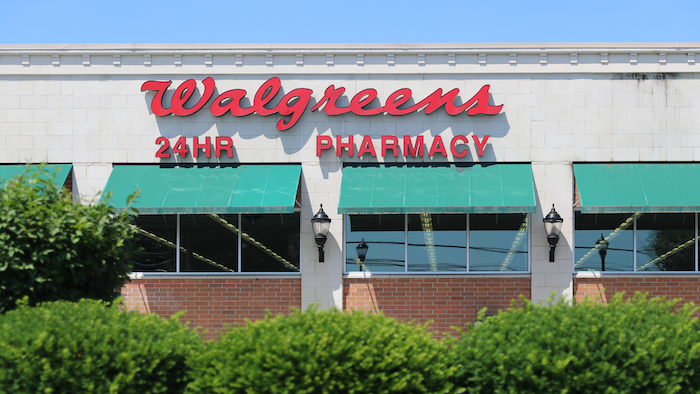 CHARLESTON, W.Va. (AP) — Rite-Aid and Walgreens failed to monitor and report suspicious orders of prescription painkillers in West Virginia while inundating their retail pharmacies with tens of millions of pills, according to a state lawsuit.

The lawsuit filed by Attorney General Patrick Morrisey alleges violations of the state's Consumer Credit and Protection Act and conduct that caused a public nuisance. It said the company's individual state pharmacies also had to buy pills from other distributors to keep up with demand.

West Virginia has by far the highest death rate from prescription overdoses. Nationally, the drug crisis has resulted in more than 430,000 deaths since 2000.

Morrisey said Rite-Aid and Walgreens were among the state's top 10 opioid distributors from 2006 to 2014. Rite-Aid distributed the equivalent of more than 87 million oxycodone pills and its retail pharmacies ordered another 127.5 million pills from other distributors to fulfill demand, the lawsuit said. That's about 119 pills for every resident in the state of 1.8 million people.

Walgreens distributed the equivalent of 29.6 million pills in West Virginia and its pharmacies bought another 17.6 million, the lawsuit said.

“Prescription opioid pill mills and rogue prescribers cannot channel opioids for illicit use without at least the tacit support and willful blindness of distributors, if not their knowing support,” Morrisey said in a statement. “Those who unconscionably help create our state’s opioid epidemic should be held accountable, pay for their role in the crisis and act to remediate the problem. West Virginia deserves nothing less.”

The lawsuit was filed Wednesday in Putnam County Circuit Court.

Walgreens spokesman Phil Caruso said in an email that Walgreens “never manufactured or marketed opioids, and never sold opioids to the pain clinics, internet pharmacies and ‘pill mills’ that fueled the opioid crisis."

Prior to 2014, Caruso said, Walgreens delivered opioids only to its own pharmacies, "and the only place we ever sold opioids was at the pharmacy counter, when presented with a prescription written by a prescriber, with a valid DEA license, for a legitimate medical need.”

A Rite-Aid spokesman said the company does not comment on pending litigation. Rite-Aid sold 104 West Virginia stores to Walgreens Boot Alliance between 2017 and 2018.

The state has settled lawsuits with AmerisourceBergen, Cardinal Health and McKesson over the past three years for a total of $63 million. West Virginia also settled with a group of smaller wholesalers in 2016 for $11 million.

West Virginia communities seeking a $1.25 billion settlement with AmerisourceBergen, Cardinal Health and McKesson are set to go to trial against the companies later this year.