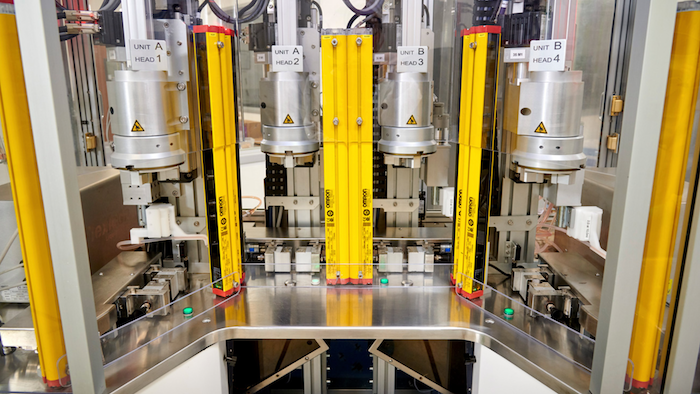 Apple is broadening its $5 billion advanced manufacturing initiative beyond its supply chain in an effort to address the coronavirus pandemic.

The tech giant on Thursday announced a $10 million award to medical testing pioneer COPAN Diagnostics to dramatically expand production of test kits for COVID-19 screening. Apple is also supporting COPAN’s move to a new, larger facility in Southern California, including assisting in the design of advanced equipment for the facility — produced in part by K2 Kinetics of York, Pa., and MWES of Waukesha, Wis.

COPAN expects to add 50 new jobs in the expansion as it ramps up production from several thousand kits to more than 1 million per week by July.

“We’re excited to forge this new relationship with Apple, whose teams are already making a huge difference with our efforts to scale up the production of our sample collection and transport kits,” COPAN CEO Norman Sharples said in the announcement.

Apple credited COPAN with revolutionizing diagnostics with the invention of the flocked swab in 2003, and Reuters noted that its parent company’s headquarters is in Brescia, Italy — one of that nation’s hardest-hit cities during the pandemic.

Apple set up the Advanced Manufacturing Fund two years ago in an effort to showcase its impact on the U.S. manufacturing sector. Its previous awards went to suppliers, including glass screen maker Corning, surface-emitting laser producer Finisar and aluminum partnership Elysis.

“COPAN is one of the world’s most innovative manufacturers of sample collection kits for COVID-19 testing, and we’re thrilled to partner with them so they can expand as we work to address this critical issue for our nation,” said Apple COO Jeff Williams.