3M Alleges Company Marked Up its Respirator Masks by 500%

A lawsuit accused the company of price gouging amid New York’s coronavirus outbreak. 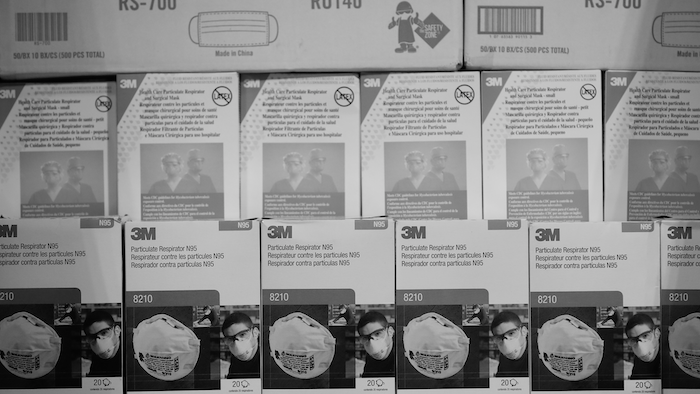 3M is suing a New Jersey company after it allegedly sought to sell 3M’s respirator masks to New York City officials at five to six times the face value.

The Twin Cities-based conglomerate announced the lawsuit Friday against Performance Supply LLC. 3M officials said Performance Supply falsely claimed to have a business relationship with 3M, then offered to sell the company’s N95 masks to New York for $45 million — “500-600% over 3M’s list price.”

The country — and New York, in particular — faced a shortage of N95 masks for its healthcare workers amid the growing coronavirus pandemic. The masks provide more protection against airborne particulates than ordinary surgical masks.

3M noted it has not altered its mask prices during the crisis, and said it is working with law enforcement, tech companies and online retailers to combat price gouging and other fraud. The company came under fire over its exports of N95 masks, but last week reached a deal with the Trump administration allowing them to continue.

“3M does not — and will not — tolerate price gouging, fraud, deception or other activities that unlawfully exploit the demand for critical 3M products during a pandemic,” Denise Rutherford, 3M senior vice president of corporate affairs, said in a statement.

ABC News, citing New Jersey records, reported that Performance Supply lost its state business certificate in 2014 after failing to file annual reports, but that it was restored in mid-March — just as the number of COVID-19 cases began to accelerate in New York. The company attempted to sell the masks to the city about two weeks later.

The network added that the company’s address appeared to be a private home; a call from ABC to the person listed on the records as a company official went unanswered.

3M said it is seeking an order barring Performance Supply from continuing “its illegal activities,” as well as damages, which would be donated to “COVID-19-related nonprofit organizations.”