State officials will be able to commandeer face masks, ventilators and other crucial equipment. 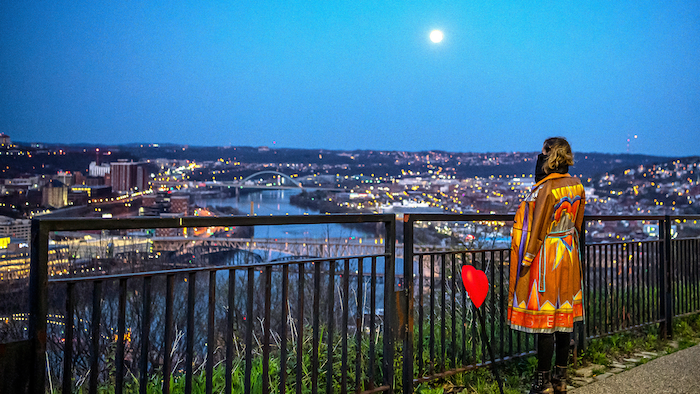 Pennsylvania emergency management officials will be permitted to commandeer N95 face masks, ventilators and other crucial medical equipment for use in the fight against COVID-19 under an order signed Wednesday by Gov. Tom Wolf.

The order requires private and public health care facilities, manufacturers and other companies to tabulate their supplies of personal protective gear, drugs and other medical equipment, and provide an inventory to the Pennsylvania Emergency Management Agency in five days.

PEMA will make the supplies available to areas of the state hit hardest by the coronavirus outbreak, Wolf’s order said.

“Combatting the pandemic means we all have to work together. That means we need to make the best use of our medical assets to ensure the places that need them the most, have them,” Wolf said at a video news conference.

Providers and companies whose supplies were confiscated will be reimbursed, according to the order.

Several other states, including New York and Minnesota, have also moved to requisition scarce medical supplies.

The Hospital and Healthsystem Association of Pennsylvania, a trade group, said a statewide, voluntary mutual aid agreement is already in place to deploy critical supplies where they are needed.

President and CEO Andy Carter said the group will work with the Wolf administration to "ensure that allocation of resources is orderly, effective, and collaborative.”

In other coronavirus-related developments Wednesday:

Pennsylvania state government is projected to lose billions of dollars in tax revenue over the next 15 months.

The Independent Fiscal Office, a legislative agency, said Wednesday that losses could total $3.9 billion under a scenario in which Wolf allows businesses to reopen May 25. The projection does not take into account the impact of billions of dollars in federal emergency aid.

But owners are continuing to advertise using Airbnb, Vrbo and other platforms, “unnecessarily putting the health of the public in even greater jeopardy than is already the case,” wrote Dennis M. Davin, secretary of the Department of Community and Economic Development.

Davin wrote to Airbnb Inc. and Expedia Group, which owns Vrbo, asking them to tell hosts who are violating the shutdown order that they are not allowed to operate.

Davin said the administration is seeking voluntary compliance but warned of “significant consequences” for short-term rental owners if they don’t stop advertising availability.

Likewise, Vrbo said it has already notified Pennsylvania owners of the shutdown order. The platform said it also plans to add a banner to Vrbo search results for Pennsylvania vacation rentals that notifies travelers of the restrictions.

Even as Pennsylvania continues to set single-day records for new virus cases, its growth curve appears to be flattening.

The Department of Health reported 1,680 new cases Wednesday, bringing the statewide total to more than 16,000. That was an increase of over 11% from the previous day. Less than a week ago, the state was reporting daily increases of 20%.

The state's mitigation measures, including the indefinite shuttering of schools and nonessential businesses, have been “successful in terms of flattening the curve,” Pennsylvania Health Secretary Dr. Rachel Levine said, calling that “really good news.”

But she and Wolf warned that Pennsylvania has yet to see a peak, and urged residents to continue heeding orders to stay home.

“We do not yet have this virus under control. Now’s not the time to get complacent," Wolf said.

There were 70 new deaths Wednesday, for a statewide toll of 310.

In Philadelphia, the health commissioner also said the city's infection rate appears to be stabilizing — even as the White House signaled it views Philadelphia and its suburbs as the next virus hot spot.

Wolf, who spoke one-on-one with Vice President Mike Pence on Wednesday, said that means the region should soon see an influx of medical supplies from the federal government.

For most people, the virus causes mild or moderate symptoms that clear up in a couple of weeks. Older adults and people with existing health problems are at higher risk of more severe illness, including pneumonia, or death.

More than 20 local governments in hard-hit northeastern Pennsylvania are banding together to make sure the warehouse industry and other large businesses are following state health and safety orders amid an alarming rise in virus cases in the region.

Regional code enforcement teams in Luzerne County will perform random inspections of large commercial buildings that remain open during the COVID-19 shutdown, officials announced. Luzerne County has reported more than 1,100 cases of COVID-19, one of the highest infection rates in the state.

A new website allows workers and others to submit concerns anonymously.

More than 20,000 people work in the region’s extensive network of industrial parks, raising concerns about the risk of viral spread.

U.S. Rep. Matt Cartwright said his office received complaints about employers recruiting workers from New York City and bringing them to northeastern Pennsylvania. He said he couldn't confirm it, but noted it's helpful that bus companies have halted service to New York.

Cartwright also said the U.S. Occupational Safety and Health Administration will investigate several area employers amid complaints that workers in factories and warehouses are not being protected from the virus.

A major concern, he said, is that people are getting infected at work and bringing the virus to their homes in Hazleton, a virus hot spot.

Wolf ordered flags at all state buildings and grounds to be lowered to half-staff to honor victims of the pandemic. He invited all Pennsylvania residents to follow suit.

Why it's Hard to Make Vaccines and Boost Supplies 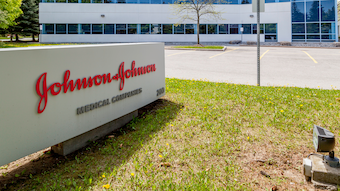