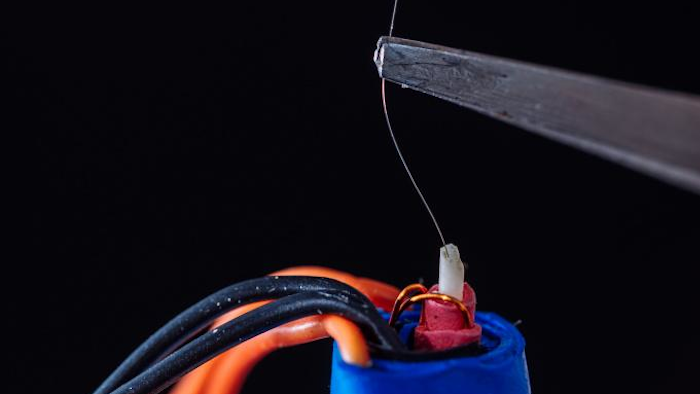 IKBFU Physicists have successfully tested the new magnetic micro wire-based concept of "smart" composites production. The new composites are related to the multiferroic-class materials which have mutually controlled magnetic and electric properties. The effects observed in the compositions are considered to be a perspective platform for creating new devices from energy converters to highly sensitive sensors.

These magnet-electrical sensors are of high demand in biomedicine because of being used in health monitoring devices. There already are prototypes of the sensors and further research is going on to improve the sensors' functional characteristics.

The IKBFU Laboratory of Novel Magnetic Materials scientists have an idea to use the amorphous microwire composite as a magnetic component. This approach will allow the scientists to get a compact human-hair thick sensor, capable of registering even very weak magnetic fields.

"This new conception has already proved to be effective. We aim our research at both checking the conception and at getting the composition with maximal magneto-electric effect. This means that a series of experiments was conducted to search for such a microwire preparation protocol (annealing, removal of the glass shell) that would ultimately give us the maximum output. This is very important because after we understand how it works, what microwire to use and how to prepare it, the next step is to get such a composite in a flexible piezopolymer matrix. This will be another step towards the magnetoelectric sensor being developed for monitoring human parameters"