Tom Vilsack was appointed to ensure Purdue Pharma's aggressive marketing is not revived. 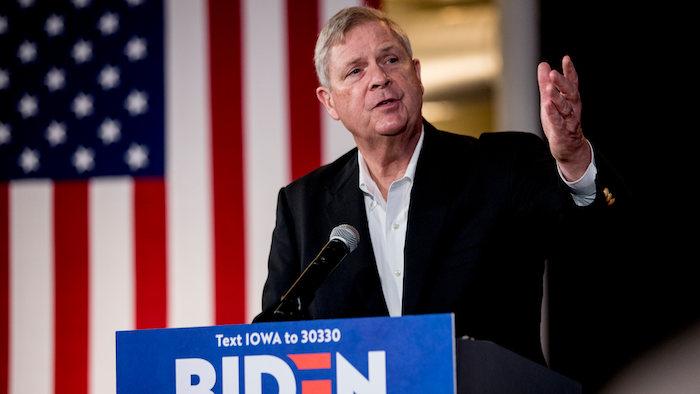 WHITE PLAINS, N.Y. (AP) — Tom Vilsack, a former Iowa governor and U.S agriculture secretary, will monitor Purdue Pharma to ensure the OxyContin maker does not revive an aggressive marketing effort that critics say overstated the benefits of its opioid painkillers and downplayed the danger of addiction.

Purdue is facing more than 2,000 lawsuits over its role in the nation's opioid crisis, which has been linked to more than 430,000 deaths in the U.S. since 2000. The Stamford, Connecticut-based company entered bankruptcy court in White Plains, N.Y., last year as part of an effort to settle those claims. It's trying to get buy-in for a proposed settlement that could be worth more than $10 billion over time.

The lawsuits against Purdue and the members of the Sackler family that own the company are on hold while the parties try to reach a settlement. Purdue has already agreed to cease the marketing practices at the heart of the lawsuits. Critics sayits marketing and sales practices, including to doctors, helped fuel the crisis beginning in the late 1990s.

The company says it stopped promoting its opioids about two years ago and formalized that commitment under court order. The judge handling its case recommended last year that Purdue hire a monitor to ensure it complies, and the company agreed.

Vilsack, currently president and chief executive of the U.S. Dairy Export Council, is to issue reports to Purdue's board and the court. Purdue has not said publicly how much he will be paid.

The Democrat served two terms as governor of Iowa, then eight years overseeing the U.S. Department of Agriculture under Obama. In the last years of that job, his duties included overseeing the federal response to the opioid crisis in rural areas.

In his new role, Vilsack is to have access to Purdue employees, records and facilities.