The consortium will be led by inventor Dean Kamen's Advanced Regenerative Manufacturing Institute. 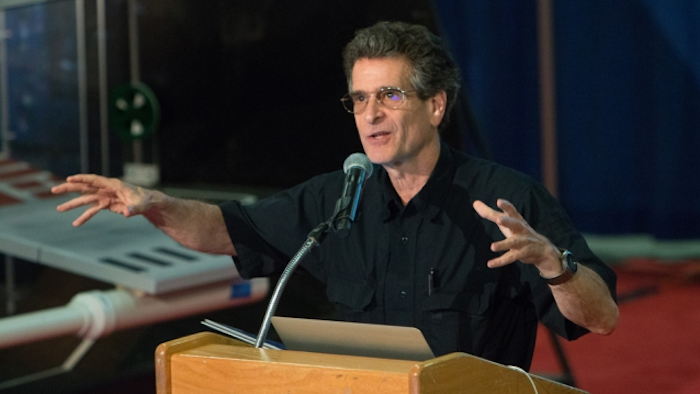 Dean Kamen speaks to students at the Massachusetts Institute of Technology, May 2017.
Tony Pulsone/MIT

MANCHESTER, N.H. (AP) — New Hampshire has been chosen as the site of a new public-private partnership focused on biotechnology.

The goal is to develop technology and products that will allow Americans to recover faster from natural disasters and other public health emergencies. The foundry's first project will focus on small devices that could be brought to disaster locations to make medicines on-site.

The consortium will include the federal Office of the Assistant Secretary for Preparedness and Response as well as representatives from industrial pharmaceutical and industrial automation sectors.