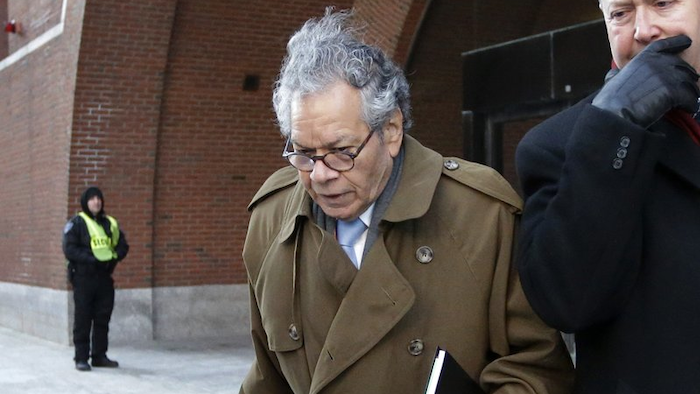 Richard Simon, a Seal Beach, California, resident and the former national sales director at Insys Therapeutics, was sentenced in federal court in Boston to 33 months in prison.

Each was also ordered to serve three years of probation after prison time, forfeit more than $2 million and pay restitution, which will be determined later.

Prosecutors had sought more than 10 years in prison for each, while lawyers for the two had argued for a year or less. Simon's attorney declined to comment. Rowan's attorney didn't respond to an email seeking comment.

The two are among seven former company leaders being sentenced this month in the scheme.

Michael Gurry, a former vice president, was sentenced this month to 33 months and ordered to forfeit $3.6 million.

Company founder John Kapoor will be sentenced Thursday along with Alec Burlakoff, the company’s former vice president of sales.

The case was considered the first to hold an opioid maker and its executives criminally liable for a drug crisis that has claimed nearly 400,000 lives over two decades.

Since then, a handful of other pharmaceutical companies have faced criminal charges over the national epidemic.