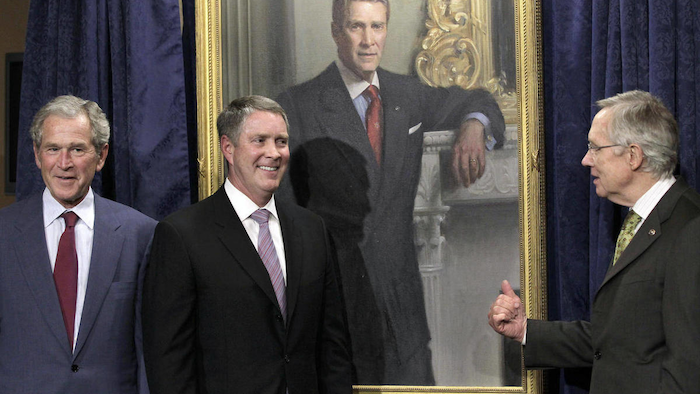 Former Senate Majority Leader Bill Frist, R-Tenn., is honored at the unveiling of his portrait at a ceremony in Old Senate Chamber of the Capitol in Washington, March 2, 2011.
J. Scott Applewhite, Associated Press

It will also feature 24-7 support for patients at high risk of hospitalization and a predictive model for determining the amount of home and community-based services that patients living at home need.

“Over half of the dual eligible individuals in the country receive long-term support services,” said Frist, the board chairman, said in the news release. “CareBridge offers a unique opportunity to significantly improve care for this vulnerable population, which is only going to grow as baby boomers continue to age.”

The company was formed in part through acquisition of HealthStar, an electronic visit verification company based in Knoxville, and Sinq Technologies, a Chicago-based data aggregation and value-based payment company.

Frist, a Republican and a heart and lung transplant surgeon, represented Tennessee in the Senate from 1995 until 2007. His father and one of his brothers were founders of Hospital Corporation of America.