A Year After CES Controversy, Sex Toy Up for Award

LAS VEGAS (AP) — A sex toy that can be controlled through a mobile app is a finalist for the Last Gadget Standing award at CES 2020, an electronics show in Las Vegas.

The Las Vegas Review-Journal reports the device created by California-based startup Lioness is up for the honor a year following a controversy with a similar gadget.

This year marks the first time sex technology products can qualify for awards or be showcased as part of the health and wellness category during the tech-focused trade show, which runs Jan. 7 to 10 in Las Vegas

Nearly a year ago, the group that organizes the annual CES gadget show reinstated a prestigious award and apologized to makers of a robotic “personal massager” for women.

But the Consumer Technology Association disqualified the gadget, telling the company it reserved the right to rescind awards for devices deemed “immoral, obscene, indecent, profane or not in keeping with CTA’s image.”

Critics called the decision to revoke the award sexist.

The CTA said in May it “did not handle this award properly.”

The Lioness gadget bills itself as the first sex technology of its kind to use data. 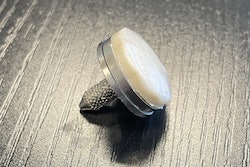 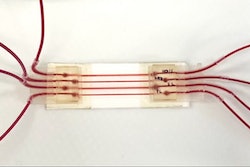