The Massachusetts Department of Public Health is probing "radiation safety and compliance" at the university's Bates Research and Engineering Center. 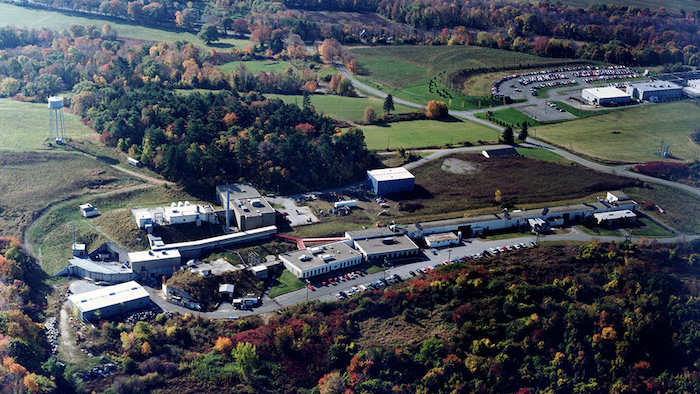 BOSTON (AP) — Massachusetts public health officials are looking into allegations that workers at a Massachusetts Institute of Technology laboratory may have been exposed to radioactive materials.

The state Department of Public Health said in a letter earlier this month that it has opened an investigation into "radiation safety and compliance" at Massachusetts Institute of Technology's Bates Research and Engineering Center in Middleton.

John Priest, director of the department's Radiation Control Program, said in the Oct. 17 letter that the agency considers the concerns "very serious" and plans to review records, conduct interviews and complete on-site inspections.

The letter was provided to The Associated Press by former MIT researcher Babak Babakinejad, a critic of the university's Open Agricultural Initiative, which is run out of Bates lab but was halted earlier this month amid investigations by MIT and the state for possible academic and environmental violations.

"I am particularly concerned about possible exposure of employees to the radioactive contaminated equipment that are still stored at the Bates Lab, many years after the shutdown of the accelerator," Babakinejad wrote in his correspondence to the state.

It's not immediately clear what levels of radiation the accelerator produced or what health risks, if any, they pose.

State health officials say the radiation risk of an accelerator is dependent on its type, size and capacity.

He also said anyone working at the facility must complete radiation safety training, and warnings about the radioactive materials are posted throughout the site.

State officials visited the site last Tuesday in response to the allegations and the university is cooperating with the investigation, Sharon added.

The university currently holds a state radioactive materials license, and the three prior state inspections at the lab resulted in no violations, said public health department spokeswoman Ann Scales, who declined to comment further, citing the ongoing investigation.

Located on 80 acres about 20 miles north of the university's Cambridge campus, the Bates lab was built in the late 1960s with support from the U.S. Department of Energy.

It houses a linear accelerator , which is used to generate beams of electrons for scientific experiments, particularly in the areas of nuclear and particle physics.

MIT took full ownership of the site in 2005 and began the process of decontaminating and decommissioning the accelerator, according to a university report at the time.

"As part of this effort, the EHS Office developed and implemented a screening procedure to separate those materials requiring disposal as radioactive waste from those meeting free-release criteria," the university's Environment, Health and Safety office said in the annual report to MIT's president.

But Sharon said MIT never intended to decommission the facility and that it remains operational for nuclear research and development projects.

He said the language found in prior university reports was "imprecise" and that the university only intended to "reconfigure" the facility for other uses.

"The linear accelerator remains on site and could potentially be made functional in the future should appropriate funding become available," Sharon said.

Babakinejad responded Tuesday that he's concerned the accelerator isn't sufficiently secure. He said visitors, such as those who visited the OpenAg site, did not receive radiation safety training or made adequately aware of the risks.

"There's no need to keep this stuff," he said of the radioactive materials. "The university has lots of money. They can easily get rid of this. It's like leaving trash bags around the house."

Last week, MIT halted OpenAg's operations following complaints from Babakinejad and others that its so-called "personal food computers" didn't actually work and that its creators were faking their results.

The mini refrigerator-sized boxes are meant to grow plants using a system of sophisticated LEDs, sensors and other electronics without the need for soil or sun. They've been touted as a modern solution to growing food in any environmental conditions.

State environmental officials are also investigating whether OpenAg dumped wastewater containing nitrogen in levels higher than state regulations allow at its Bates lab site. That complaint was also raised by Babakinejad, who was a lead researcher at OpenAg until his appointment expired in September 2018.

OpenAg is an initiative of MIT's once famed Media Lab, which has been tarnished by revelations its leaders attempted to conceal the lab's extensive fundraising ties to convicted sex offender Jeffrey Epstein.

That scandal led to the resignation of the lab's high-profile director, Joi Ito.