Jan Garfinkle is Not Your Typical VC Founder

An insider Q&A on medical innovations and the disgraced blood diagnostic startup Theranos. 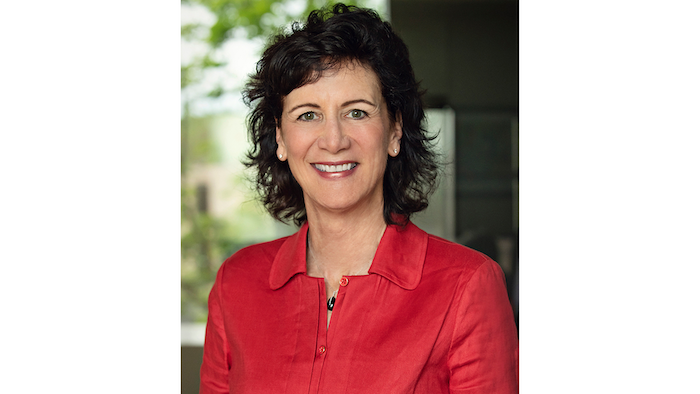 In this undated photo provided by Arboretum Ventures Jan Garfinkle poses for a photo. Garfinkle shared her perspective on medical innovations and the disgraced blood diagnostic startup Theranos in a recent interview with The Associated Press.
Leisa Thompson Photography/Arboretum Ventures via AP

SAN FRANCISCO (AP) — Jan Garfinkle is not your typical VC founder, and not just because she's a rare woman running a venture capital firm she founded nearly two decades ago. Though she hails from the Bay Area, she started Arboretum Ventures, a health care VC firm, in Ann Arbor, Michigan. She also serves as the chairwoman of the National Venture Capital Association.

Garfinkle worked at two medical device startups — both of which were bought by Eli Lilly and then spun off in an initial public offering in 1994 — before leaving California for the Midwest. She shared her perspective on medical innovations and the disgraced blood diagnostic startup Theranos in a recent interview with The Associated Press.

Q: What it's been like to be outside of the VC hubs like Silicon Valley and New York?

A: The biggest advantage of being in the Midwest is that we can develop companies here for about a third less dollars than what it takes on the coast. And that's because of salaries and rents and vendor costs and all those things combined. We are able to develop the company to the same point to have a successful exit, but it takes us a third less dollars.

Q: You started out in the Bay Area, what happened?

A: My husband had moved to California to marry me because that's where the startups were. But after a couple of years he was unhappy so I said OK, find another job in the Bay Area or Seattle. Well, he found one in Ann Arbor, Michigan. Around that time we had three little girls. I couldn't do everything. I had a baby and then 18 months later I had twins. It was just really crazy.

I did not want to leave. But I had to, or get divorced, and I didn't want to get divorced. This is one of the challenges of two-career families, that someone is always compromising. My husband had left a great job in Chicago. So it was my turn to move for him.

I did consulting for seven or eight years, then tried to work at the two medical venture funds in Ann Arbor at the time. It didn't work out. So after leaving an interview with one of them, I went home and went to IRS.gov, filed for a tax ID number and started Arboretum. I just decided to jump right into it, which was extremely naive. I had no idea what to do on the venture side. What I knew was how to help early stage health care companies.

Q: What big trends did you see then that are still happening today?

A: I was starting to feel both as an employer and an employee that we were starting to bear more and more of the costs of health care. And I had a fundamental belief that through innovation we should be able to drive the cost out of the health care system but still provide great clinical care. Back then, health care spending was 12 percent of the GDP. Now it's 18 percent.

Q: How does that work in practice?

A: We target trying to reduce 20 percent of the episode of care. We've invested now in 50 different companies and they on average they hit that that milestone. One company, Inogen, is an oxygen concentrator. Inogen developed this little 5-pound, now 3-pound portable oxygen concentrator that replaces both the tanks and the stationary devices used by people who need oxygen who'd normally be tethered to these big, heavy devices.

Q: Theranos. From your perspective, how did something like that happen?

A: I think the biggest mistake that happened there was that there was nobody on the board who had ever invested in or run or been part of a health care company. So the oversight, the governance, the ability to really question what the company was doing was not there because the board, while they were all very famous people, didn't know the right questions to ask and the right diligence to ensure that nothing shady was going on.

Q: Where do you think the most interesting new inventions are going on right now in health care?

A: Genomics is one of the big ones. Look at cancer as an example. Cancer is going to become a chronic disease, primarily because there is now this ability to take a biopsy of a tumor and you can do genomic sequencing on it and identify what gene mutation happens that caused that tumor and then you can give a drug that targets that mutation. The other is a wave of new technologies called digital therapeutics. These are essentially using your phone to provide therapy. We are an investor in a company called Pear Therapeutics that has FDA approval for cognitive behavioral therapy for addiction.

Q: How might the elections affect the venture space?

A: When there is so much regulatory turmoil like there is now and such division between Democrats and Republicans, it makes it hard. The entrepreneurial ecosystem is somewhat fragile. So if I had a wish list, it would more regulatory certainty. Sometimes startups aren't thought about. We're not Google and we're not Facebook, they have all these issues that they're trying to address and people forget about the little startup companies that may get caught up in something that was not intended for them.