It can also serve as robotic skin. 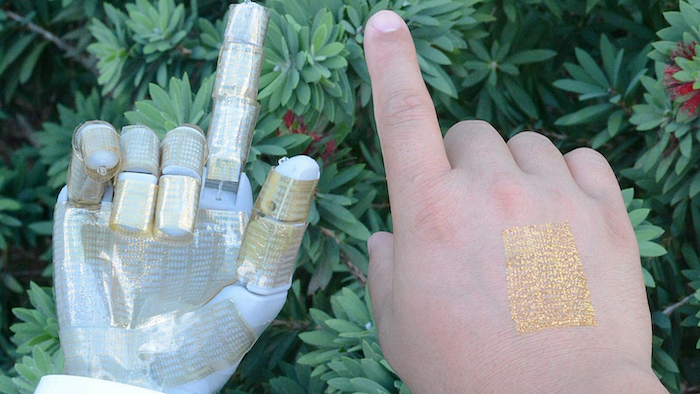 Researchers reported the discovery of a multifunctional ultra-thin wearable electronic device that is imperceptible to the wearer. It also can be used as a robotic skin.
University of Houston

Wearable human-machine interfaces - devices that can collect and store important health information about the wearer, among other uses - have benefited from advances in electronics, materials and mechanical designs. But current models still can be bulky and uncomfortable, and they can't always handle multiple functions at one time.

Researchers reported Friday, Aug. 2, the discovery of a multifunctional ultra-thin wearable electronic device that is imperceptible to the wearer.

The device allows the wearer to move naturally and is less noticeable than wearing a Band-Aid, said Cunjiang Yu, Bill D. Cook Associate Professor of Mechanical Engineering at the University of Houston and lead author for the paper, published as the cover story in Science Advances.

"Everything is very thin, just a few microns thick," said Yu, who also is a principal investigator at the Texas Center for Superconductivity at UH. "You will not be able to feel it."

It has the potential to work as a prosthetic skin for a robotic hand or other robotic devices, with a robust human-machine interface that allows it to automatically collect information and relay it back to the wearer.

That has applications for health care - "What if when you shook hands with a robotic hand, it was able to instantly deduce physical condition?" Yu asked - as well as for situations such as chemical spills, which are risky for humans but require human decision-making based on physical inspection.

While current devices are gaining in popularity, the researchers said they can be bulky to wear, offer slow response times and suffer a drop in performance over time. More flexible versions are unable to provide multiple functions at once - sensing, switching, stimulation and data storage, for example - and are generally expensive and complicated to manufacture.

The device described in the paper, a metal oxide semiconductor on a polymer base, offers manufacturing advantages and can be processed at temperatures lower than 300 C.

"We report an ultrathin, mechanically imperceptible, and stretchable (human-machine interface) HMI device, which is worn on human skin to capture multiple physical data and also on a robot to offer intelligent feedback, forming a closed-loop HMI," the researchers wrote. "The multifunctional soft stretchy HMI device is based on a one-step formed, sol-gel-on-polymer-processed indium zinc oxide semiconductor nanomembrane electronics."

Wearable Sends a Text When You Overdose 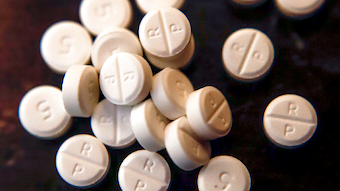 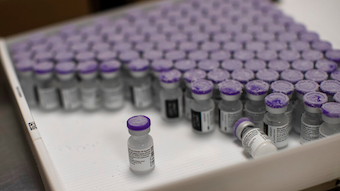 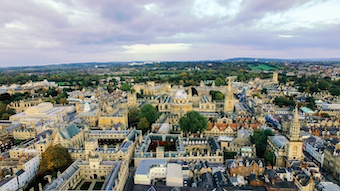 Sanofi and GlaxoSmithKline launched a large trial enrolling 35,000 adult volunteers.
May 28th, 2021
Follow Us
Most Recent