Steel Plant Under Investigation for Pollution

An analysis found elevated levels of lead and other deposits in dust falling in residential areas. 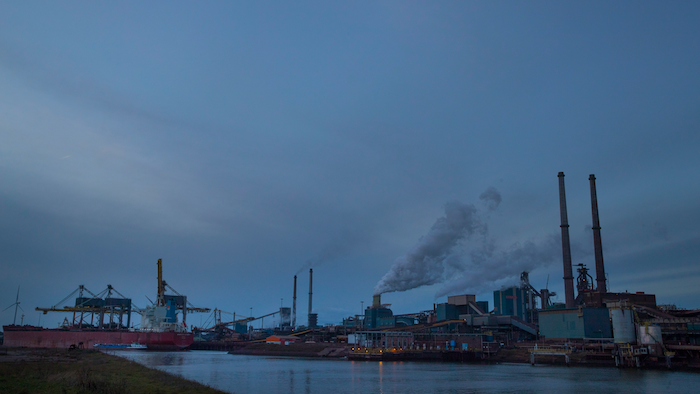 THE HAGUE, Netherlands (AP) — Dutch prosecutors announced Wednesday they are launching a criminal investigation into Tata Steel Ijmuiden over alleged pollution from its huge steel works near the Dutch North Sea coast.

Prosecutors said that their investigation was into alleged “intentional and unlawful introduction of hazardous substances into the soil, air or surface water.”

The probe also targets Harsco Metals Holland, a company that also operates at the Tata Steel plant in the small village of Ijmuiden. Prosecutors will investigate the two companies and the roles of their leadership.

The announcement comes after a lawyer last year submitted complaints to prosecutors from some 800 people who live near the steel factory.

In September last year, an investigation by the Dutch Public Health and Environment Institute found elevated levels of lead and other deposits in dust falling in residential areas near Tata Steel's Ijmuiden plant.

“Exposure to the amounts of lead and PAH in the dust in the IJmond (region) is undesirable for the health of children,” the institute said in a statement referring to polycyclic aromatic hydrocarbons, or PAH.

Residents near the Tata Steel plant have long voiced health concerns about dust produced by the production.

Last year, the company said it would accelerate a package of measures aimed at slashing emissions from its Ijmuiden site.

Steel making in the village of Ijmuiden dates back to 1918. The plant was acquired in 2007 by Tata Steel, one of Europe’s biggest steel producers.