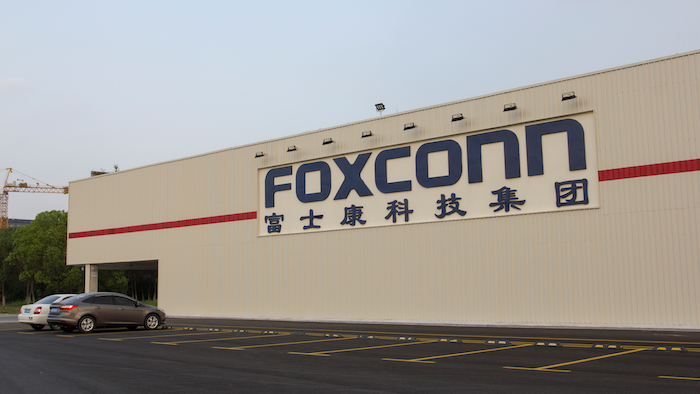 MADISON, Wis. (AP) — Foxconn Technology Group has qualified for nearly $30 million in Wisconsin tax credits, marking the first time the electronics giant has secured state aid since breaking ground on its facility in the state in 2018.

The Wisconsin Economic Development Corporation on Wednesday verified that Foxconn had met job creation and investment benchmarks to qualify, based on documents provided to the Wisconsin State Journal.

“WEDC has determined that Foxconn created sufficient jobs and invested sufficient capital expenditures to qualify for tax credits under its amended contract,” WEDC secretary Missy Hughes said in a statement.

Foxconn, best known for making Apple iPhones, failed to qualify for state funds during the first two years of its previous contract. Ultimately, Wisconsin and the Taiwan-based company reached a new agreement for the project after state officials told Foxconn it would not be eligible for any state credits under the previous contract. Foxconn was eligible for just over $29 million in performance-based tax credits for 2020 under the new contract.

Foxconn reported on June 30 that by the end of 2020, it had created 970 total jobs at the Mount Pleasant facility. WEDC verified that 579 of those jobs were eligible, which was well above the minimum requirement of 481 jobs and nearly reached the target goal of 601 jobs.

Under the new six-year contract, Foxconn could receive up to $80 million in state tax funds as long as it creates at least 1,454 jobs and makes a capital investment of at least $672 million by 2026.

Foxconn’s original contract, signed by former Republican Gov. Scott Walker in 2017, promised the company $3 billion in state subsidies if it made a $10 billion investment and hired 13,000 employees over a 15-year period. Other state and local incentives, including $150 million in sales tax breaks that the company still could receive, brought the total to about $4 billion.

Under the company’s new agreement with the state, which is similar to other performance-based incentive packages provided to companies, Foxconn could earn tax incentives without specific requirements on what the company produces as long as it meets hiring and capital investment targets. The contract also memorializes the potential for future investment and added tax incentives from the state.

State officials said earlier this year that the project in Mount Pleasant had already cost the state more than $200 million in state and local road improvements, sales and use tax exemptions, grants to local governments, and for worker training and employment.