The tech giant still earned more than $20 billion in the past quarter. 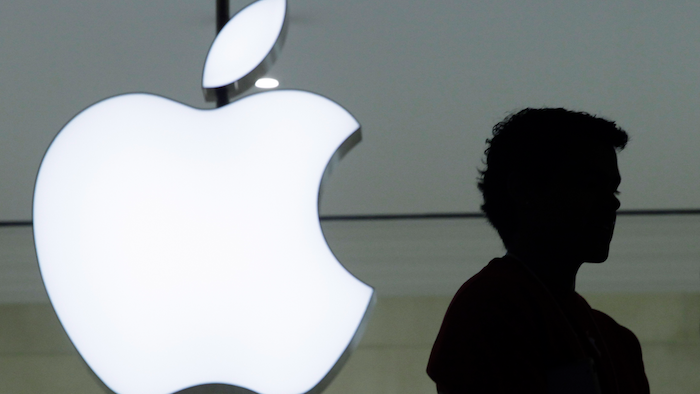 SAN RAMON, Calif. (AP) — Apple’s iPhone sales soared yet again in the past quarter, but didn’t grow as rapidly as analysts anticipated because of supply shortages that have made it more difficult to meet the demand for a wide range of products.

Until recently, the supply shortages that have curtailed production of everything from automobiles to video game consoles haven’t been a major problem for Apple. Although the company’s quarterly results released Thursday served as evidence of its products’ continuing success, they also showed Apple isn’t immune to the supply headaches.

While the earnings matched the estimates of Wall Street analysts that sway investors, the revenue fell below analyst projections of roughly $85 billion for the quarter, according to FactSet Research.

In a conference call with analysts, Apple CEO Tim Cook estimated supply shortages cost the company about $6 billion in sales during the quarter. The company's chief financial officer, Luca Maestri, warned sales will be hurt even more during the current quarter that covers the pivotal holiday shopping season.

That sobering reality likely was the main reason that Apple's stock price declined by more than 3% in extended trading after the numbers came out.

“It's not a demand issue but a supply issue that continues to be the elephant in the room for Apple," Wedbush Securities analyst Dan Ives wrote in a research note.

The period marked the end of Apple’s fiscal year — a stretch in which iPhone sales totaled $192 billion, by far biggest volume recorded by the company since the device’s debut in 2007.

The gains posted in the latest quarter were skewed by supply shortages that caused the release of last year’s model, the iPhone 12, to be delayed until October and November instead of Apple’s usual late-September timeline.

This year's new model, the iPhone 13, came out Sept. 24, helping the company based in Cupertino, California, ring up more sales of the device in the latest quarter.

The big numbers suggest there may be strong consumer interest in the iPhone 13, even though the model isn’t dramatically different from last year’s model.

Apple had been able to largely avoid major decreases in iPhone production, with Cook previously indicating that the supply shortages have primarily affected the company’s Mac laptops and iPads. Cook acknowledged the chip shortage is now preventing Apple from selling as many iPhones as it would like.

With the supply shortage extending into the holiday shopping season, one of the big wild cards will be how many consumers will be willing to tell their family and friends to hold off on getting an iPhone or other Apple product until next year. If enough people do that, it would just be a matter of Apple making a sale the January-March period instead of the current quarter.

Although Cook said he believes that will happen with some of the potential sales that weren't made in the past quarter, he also acknowledged that holiday shopping season poses a “perishable" opportunity to peddle some products.

Edward Jones analyst Logan Purk predicts that interest in iPhones remains so strong, some gift givers will hand out the equivalent of IOUs assuring recipients that they will get a new model when the product is available, even if it's well after the holidays.