The 425-foot Koningsborg suffered a technical failure while en route to Morocco. 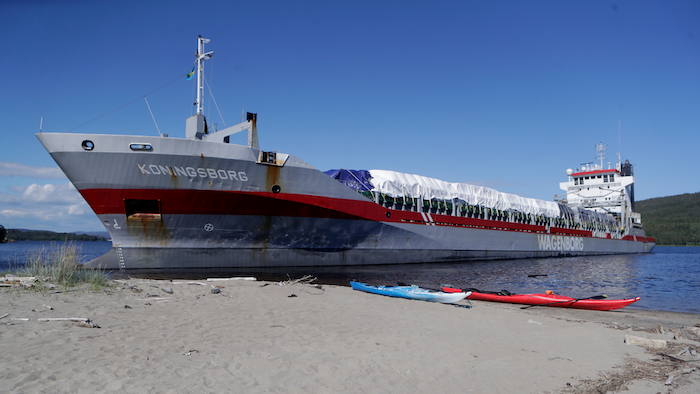 The Koningsborg run aground in the Angerman River in Sando, Sweden, June 24, 2021.
Mats Andersson/TT via AP

STOCKHOLM (AP) — A cargo ship carrying timber has run aground in northern Sweden in the estuary of the Angerman River that feeds into the Bay of Bothnia.

The grounding happened Thursday morning. The Koningsborg, a 130-meter (425-foot) ship registered in the Netherlands, was bringing timber to Casablanca in Morocco when it suffered a technical failure, said Kalle Isaksson of the Swedish coast guard.

The vessel was traveling at 6 knots (7 mph) when it sailed onto a sandy beach. No one was reported injured.

Coast guard officials believe the environmental risk is low in the grounding and they are working with experts to free the vessel in the coming days.