Authorities have ruled out a seismic event, and there was no sign of damage to the building or surrounding streets. 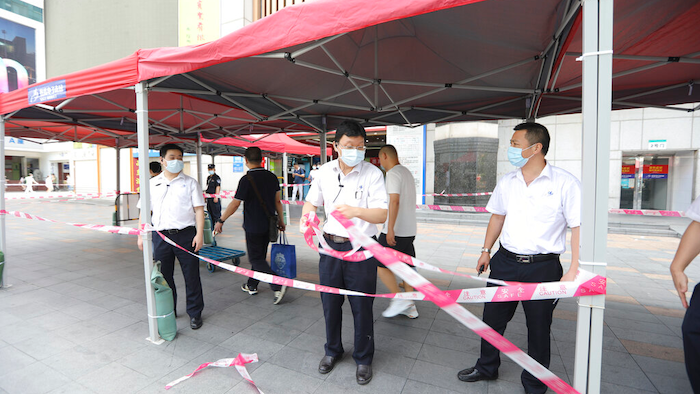 Government officials setup a cordon line at the SEG Plaza, Shenzhen, China, May 19, 2021.
Chinatopix via AP

BEIJING (AP) — Authorities in the southern Chinese tech center of Shenzhen have evacuated a 70-story skyscraper after it began swaying and are investigating the cause.

Thousands of people in the SEG Plaza and surrounding areas fled after it wobbled on Tuesday. 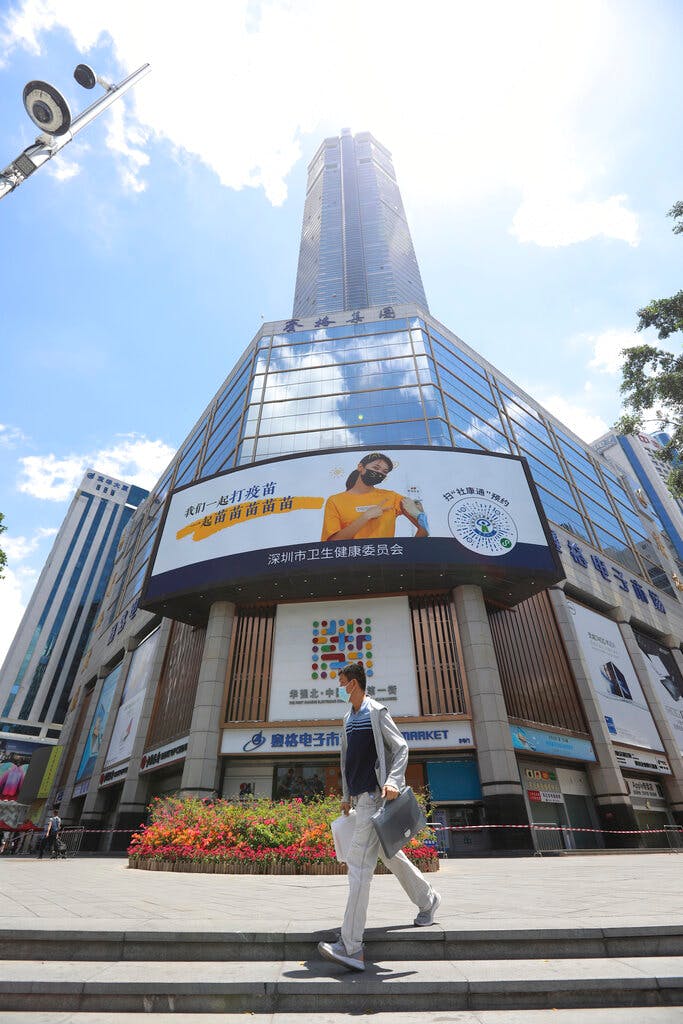 SEG Plaza, Shenzhen.Chinatopix via APThe Shenzhen government said no additional swaying had been detected since Tuesday and the main structure and its environs appeared stable.

“Based on an analysis, any seismic event has been ruled out as a possible cause," it said on its microblog. The building's steel infrastructure, windows and other architectural features appeared undamaged and there were no signs of cracks in surrounding streets, it said.

The building’s first 10 floors are an electronics market while office space takes up most of the rest. The 20-year-old building is more than 300 meters (about 1,000 feet) tall and is topped by a helipad.

The U.S. Consulate in the nearby megacity of Guangzhou issued an advisory urging citizens to avoid the plaza and surrounding area because of “inadequate information to assess the safety risks" and to stay away until authorities sound the all-clear.

Sitting on the border with the semi-autonomous region of Hong Kong, Shenzhen was transformed from a sleepy fishing village in the 1970s to a thriving center of the electronics industry, with some of China's flashiest architecture and most expensive real estate.