Output climbed at factories and mines while utilities saw a record plunge. 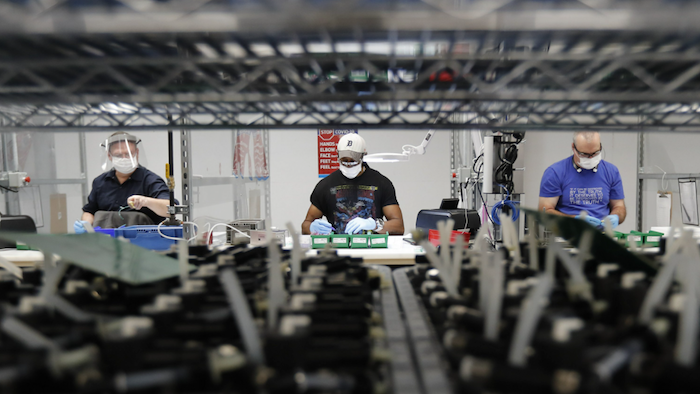 Industrial production — including output at factories, mines and utilities — rose 1.4% in March, reversing a 2.6% drop in February, the Federal Reserve reported Thursday. The increase was about half the surge economists had expected as federal aid flows into the economy and the rollout of vaccines encourages a return to normal business activity. Output was limited by disruptions in the supplies of key components.

“Clearly there is lots of demand out there," Jennifer Lee, senior economist at BMO Capital Markets, said in a research note. “It is up to manufacturers to pull up their socks and meet the demand.''

Output rose 2.7% at factories. Auto production increased 2.8% last month after plunging 10% in February. Automakers were constrained for the past two months by a shortage of computer chips. Production climbed 5.7% at mines on a jump in output by oil and gas producers.

Utility production plunged 11.4%, biggest drop in records going back to 1972, as the weather warmed in March and Americans turned down the heat.

American industry has largely proven resilient through the coronavirus crisis, which hit the economy in March 2020. Industrial production was up 1% last month from a year earlier.

The Institute for Supply Management, an association of purchasing managers, reported earlier this month that U.S. factories expanded in March at the fastest pace in 37 years.