The new helmet is designed to provide additional support for offensive and defensive linemen. 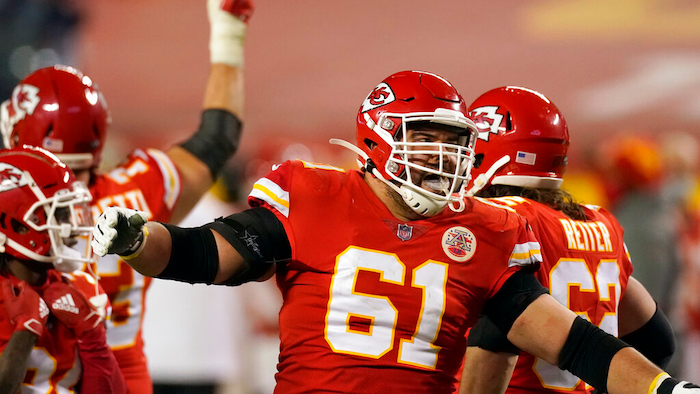 SEATTLE (AP) — The NFL says the first position-specific helmet created for its players represents a major step in helmet technology, though it must still undergo testing by the league and the players’ union before being authorized for use.

The helmet released this week by VICIS provides additional support in the front, where most head impacts take place for offensive and defensive linemen.

“It’s the stated goal of ours when we started down this road of helmet testing and better understanding concussions and on-field impacts that we would get to the place where helmets would be built for individual positions,” NFL spokesman Jeff Miller said Thursday.

The league has shared tracking data about head impacts and in turn the data has allowed manufacturers to develop new technologies in an attempt to create a safer helmet.

VICIS, Riddell, Xenith and Schutt all have made models that have rated highly in the league’s testing in recent years. In 2020, the Riddell SpeedFlex Precision Diamond was the top-rated helmet.

For its newest offering, VICIS vice president of product development Jason Neubauer said the company partnered with veteran NFL offensive lineman Justin Britt, who did not play in 2020 after suffering a major knee injury in 2019, and local youth linemen in the Seattle area to work through the various iterations.

Neubauer said the company went through more than 10 models before finally settling on the one being manufactured.

He said the extra support in the front area of the helmet adds about six ounces of weight. Other than that, the new ZERO2 Trench helmet is the same as the company’s ZERO2 helmet, which is now used by NFL players.

The NFL is attempting to provide additional data that could lead to other developments, specifically for quarterbacks.

Miller said for the first time this year, the league’s helmet testing will specifically analyze and test helmets based on the head impacts quarterbacks have taken.

Miller said the league has analyzed all quarterback concussions and will test helmets in the areas where those hits have led to head injuries. Most have come from back-of-the-head impacts when quarterback are thrown to the ground and are unable to brace themselves.