The pandemic continues to sap demand for big machinery. 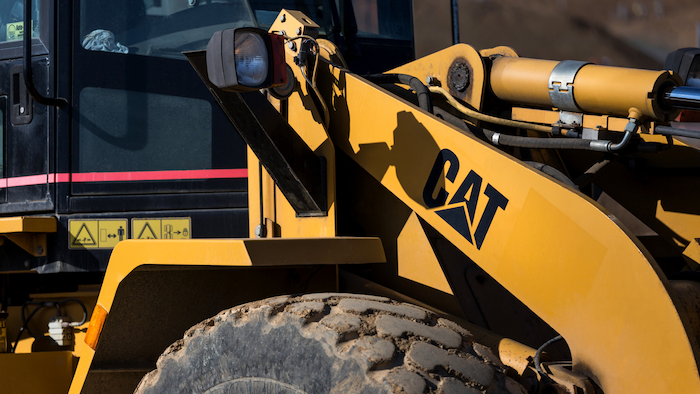 Caterpillar’s fourth-quarter sales dropped 15% as an unchecked pandemic continued to sap demand for big machinery, but the damage was not as bad as most had expected.

Sales were $11.24 billion, down significantly from last year's $13.14 billion, yet far better than Wall Street projections of $11.18 billion, according to a survey of analysts by Zacks Investment Research.

Construction sales fell 16% in North America and they were basically flat in Europe, Africa, and the Middle East.

The Deerfield, Illinois, company earned $780 million, or $1.42 per share, in the quarter. Excluding one-time charges, however, per share earnings were $2.12, which is 66 cents better than industry analysts had expected.

That is still well below the $1.1 billion, or $1.97 per share, that the company earned in the prior year.

The construction industry has been dragged down by the global spread of COVID-19, particularly in the U.S., where the average number of deaths each day exceed 3,200, according to Johns Hopkins University.

However, the pandemic has contorted the housing market and thousands of families are seeking a place to live that can better accommodate working from home.

After a spring slump due to the coronavirus outbreak, housing came back strong in the summer and fall. The U.S. Commerce Department estimates that 811,000 new homes were sold in 2020, an increase of nearly 19% compared with the previous year.

That has buoyed Caterpillar even in a perilous year.

“We are well-positioned for the future and will emerge from the pandemic as an even stronger company,” said CEO Jim Umpleby in a prepared statement Friday.

Still, pandemic-related risks are ongoing. The Commerce Department reported Thursday that the U.S. economy shrank in 2020 by the largest amount in 74 years, and the Labor Department reported that 847,000 Americans applied for unemployment benefits last week.