The president-elect says he wants to maximize his leverage in future talks with the U.S.'s geopolitical rival. 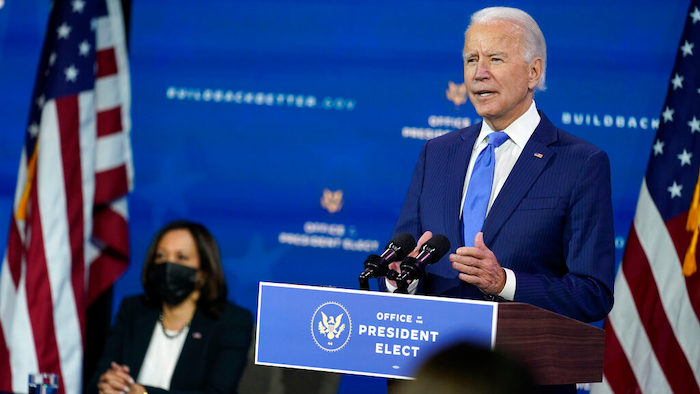 Biden says he wants to maximize his leverage in future talks with the United States' geopolitical rival.

Speaking to New York Times columnist Thomas Friedman, Biden said, “I’m not going to make any immediate moves, and the same applies to the tariffs.” Biden adds in Friedman's column published Wednesday: “I’m not going to prejudice my options.”

Under Trump, the U.S. and China engaged in a yearlong trade war that has been largely frozen since a Phase One deal was reached in January. While some industries have benefited from Trump’s protectionist policies, the policies have been largely panned by the business community and most experts — and most of the cost of tariffs has been borne by American businesses and consumers.

Biden tells Friedman an early priority after his January swearing-in will be to restore relationships with allies to strengthen his negotiating position with China. Biden says key to talks with China is “leverage” and in his view "we don’t have it yet.”