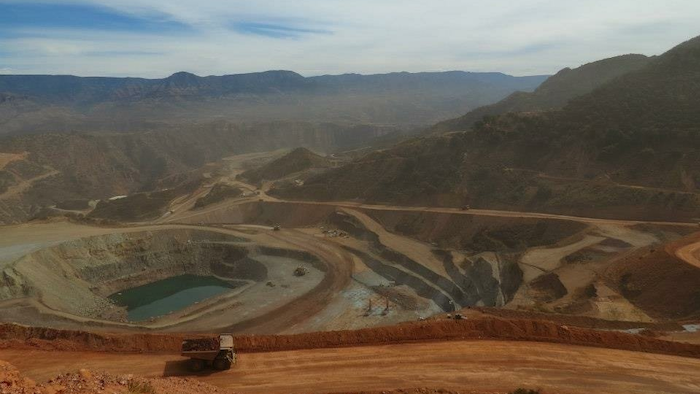 MEXICO CITY (AP) — Mexico launched a special government guard force for mining operations Monday, admitting that drug cartels have preyed on the companies, many of which are foreign.

The first 118 mine guards graduated Monday from a special training course. They are equipped with assault rifles.

Public Safety Secretary Alfonso Durazo said “this will help resolve the attacks by organized crime in this sector of the economy.”

Reports have long abounded that foreign gold and silver mines were being forced to make extortion payments to drug gangs. In past years, gangs have also stolen minerals or semi-refined metals directly from the mines.

In 2015, an organized crime gang robbed almost 10 pounds (4.5 kilograms) of gold-silver mix from employees at a large silver and gold mine in northern Mexico. The Fresnillo mining company said the robbery occurred near its Herradura mine in the border state of Sonora. The company said armed men pulled over a company truck and stole the metals. It said none of its employees were injured.

The company said the robbery was carried out by “organized crime,” a phrase usually used in Mexico to refer to drug cartels.

In the western state of Michoacan, the Knights Templar cartel and La Familia gang got involved in exporting shipments of iron ore between 2010 and 2014.

In 2018, Canada’s Pan American Silver Corp. temporarily cut back some operations at its mine in northern Mexico due to safety concerns.

The company said employees have had security incidents on roads leading to the mine in a remote part of Chihuahua state, a region plagued by drug cartels. At one point employees were holed up at the mine, afraid to leave because of threats by armed groups and some employees were evacuated on private planes.