The customs duties would be put on clothes, footwear and travel goods. 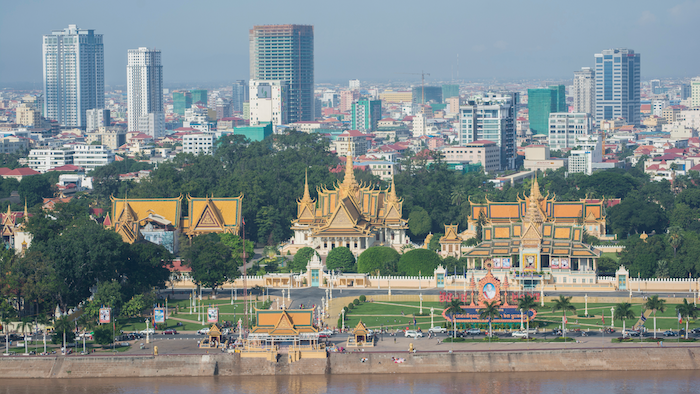 BRUSSELS (AP) — The European Union on Wednesday began to reimpose customs duties on certain exports from Cambodia in response to what it said are concerns about the Southeast Asian country’s human rights record.

The European Commission, which supervises trade deals and relations on behalf of the 27 member nations of the world’s biggest trading bloc, said the duties would be put on clothes, footwear and travel goods.

The commission announced in February that it planned to withdraw key tariff preferences amounting to about one-fifth of the 1 billion euros ($1.2 billion) worth of Cambodian exports that go to the EU each year due to “serious and systematic concerns related to human rights.”

Trade Commissioner Phil Hogan said the EU gave Cambodia opportunities to develop its export industry and create jobs, and that the bloc would continue to provide help to combat the impact of the coronavirus in the country.

“Nonetheless, our continued support does not diminish the urgent need for Cambodia to respect human rights and labor rights,” Hogan said in a statement. He said free access to Europe's market might be restored “provided we see substantial improvement in that respect.”

In February, Cambodia’s Foreign Ministry expressed regret about the EU intentions, saying the move to bring back customs duties was politically driven and “triggered by many misperceptions and misunderstandings about the actual realities in Cambodia.”

The decision hits the “Everything But Arms” — or EBA — program that Cambodia has with the EU, which grants preferential access to the European market for products other than weapons. Several other developing nations have such arrangements.

The EU is Cambodia’s largest trading partner, accounting for 45% of Cambodian exports in 2018. Cambodia’s exports to the EU, largely from the garment industry, were worth 5.4 billion euros ($6.4 billion) in 2018, with 95.7% covered by EBA tariff preferences.