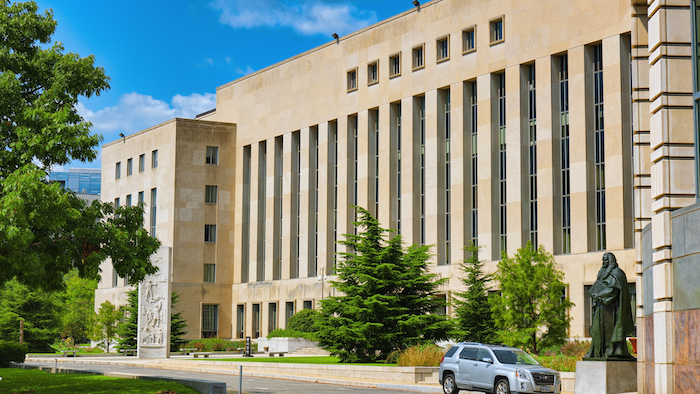 NEW ORLEANS (AP) — Opponents of a Taiwan-based company’s plans for a $9.4 billion plastics complex asked a federal judge on Tuesday to stop work at the site in Louisiana.

Planned construction would irreparably harm the community and environment by destroying wetlands, increasing chances of offsite flooding, and desecrating "grave sites of enslaved persons, which bear witness to both our country’s shameful past and the faith, resilience, and perseverance of the present-day St. James community,” according to the 55-page request.

Company spokesperson Janile Parks said the motion was meritless, “full of speculation and short on facts.” The current “limited and unintrusive” site preparation doesn't justify shutting down the entire project, she said Tuesday in a statement emailed by a public relations firm.

Groups represented by the Center for Biological Diversity made the request to the federal judge overseeing a lawsuit filed in January against the Army Corps of Engineers for approving wetlands permits for the project.

U.S. District Judge Randall D. Moss is likely to rule on the motion within weeks, Julie Teel Simmonds, an attorney for the center, said in a news release.

Simmonds said the company already has heavy equipment in some wetland areas. “We're alarmed that they think they can just start bulldozing,” she said.

FG LA LLC, the Louisiana member of Formosa Plastics Group, plans 10 chemical plants and four other “major facilities” on 2,500 acres (1,000 hectares) in St. James Parish as what it calls The Sunshine Project after the nearby Sunshine Bridge.

The Corps took only a “cursory” look at the project's likely effects on wetlands and flooding rather than the “hard look” required by law, according to the motion filed for Rise St. James, Healthy Gulf and the Louisiana Bucket Brigade.

“The Army Corps did a frankly terrible job. ... It wholesale relied on Formosa consultant reports and deferred all analysis to state agencies — and that’s totally against the law,” Simmonds said during an online news conference.

The permit lets FG LA fill in wetlands and low-lying areas with enough dirt to fill more than 45,000 dump trucks, damaging neighboring wetlands and increasing the chances of flooding outside the site, according to the motion.

The claim leads off about 24 pages of allegations against the Corps.

Simmonds said the Corps and Formosa have seven days to respond, and the judge can either rule or set a hearing within three weeks after that.

The center represents the same groups and others including the Sierra Club in a state court appeal of air quality permits.

Two dozen plants already pollute the parish, Rise St. James Vice President Stephanie Cooper said. She blamed pollution from open containers at one plant for repeated bouts of strep throat, which she said ended after she changed her commute to avoid the Sunshine Bridge. And she blamed the plants' combined effects for heart disease and other medical problems among her family and friends.

Her statement Tuesday noted that the company has protected the one area where graves were found and did not find any evidence of human remains at another area marked on old maps as a cemetery.

“FG will always be respectful of the burial remains discovered on its property,” she said.

Parks said other areas identified by project opponents as possible cemeteries “are anomalies –- like a tree, for example -– on historic aerial photographs that have never been shown on any historic map as a possible cemetery.” She said “shovel tests” in or near those areas have not found any human remains.

The company stopped all work in April and May because of the COVID-19 pandemic but now has safety procedures to avoid spreading the new coronavirus that causes the disease, it said in a notice sent to area residents.

The site is about 50 miles (80 kilometers) west-northwest of New Orleans and 30 miles (50 kilometers) south-southeast of Baton Rouge.