New orders, production, hiring and new export orders all fell in May, but at a slower pace than they did in April. 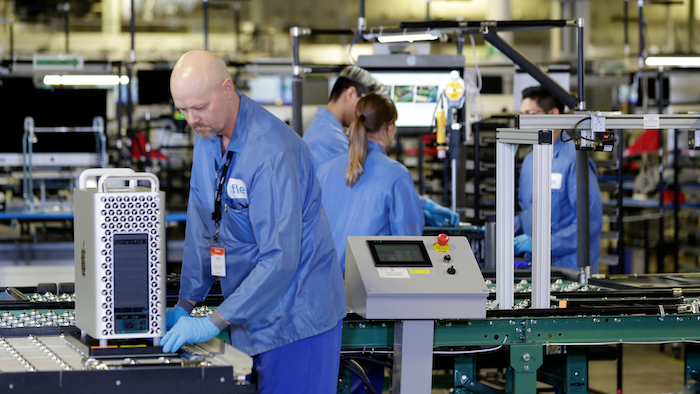 WASHINGTON (AP) — American factories slowed for the third consecutive month in May as they continued to sustain economic damage from the coronavirus pandemic.

The Institute for Supply Management, an association of purchasing managers, said Monday that its manufacturing index came in at 43.1 last month after registering 41.5 in April. Anything below 50 signals that U.S. manufacturers are in retreat. New orders, production, hiring and new export orders all fell in May but at a slower pace than they did in April.

The pandemic and the lockdowns, and travel restrictions meant to combat it, have brought economic activity to a near-standstill. U.S. gross domestic product fell at a 5% annual rate from January-March and is expected to drop at a record-busting 40% rate from April-June.

The results were about what economists expected.

The Commerce Department said last week that orders for big-ticket manufactured goods dropped 17.2% in April after falling 16.6% in March.

“ Looking ahead, conditions may start to gradually improve in June but manufacturing faces significant travails on the long road to recovery," economists Oren Klachkin and Gregory Daco of Oxford Economics wrote in a research report. Among the problems factories face are weak demand, disruptions in supplies and heightened uncertainty.

“These impediments, along with fears of a second wave of coronavirus contagion, are expected to persist even once lockdowns are fully lifted, making a V-shaped recovery very unlikely,'' Klachkin and Daco wrote.

The pain is not limited to the United States. J.P. Morgan reported Monday that global manufacturing production fell for the fourth straight month in May. Manufacturing output fell in 27 of the 28 countries for which results were available. The exception was China, where the virus originated and where the first economic recovery began after a draconian lockdown.

Manufacturing was already hurting before the outbreak brought the economy to a near-standstill in March. The ISM manufacturing index has signalled contraction in eight of the last 10 months. President Donald Trump’s trade war with China had raised costs and created uncertainty that paralyzed investment decisions, and the world economy had been losing momentum.